The launch of Wild Justice

The launch of Wild Justice

Wild Justice has been established to take legal cases on behalf of wildlife against public bodies where they are failing to protect species and/or habitats. The new organisation is working with legal teams in England and Scotland and will take action funded by public donations and crowdfunding appeals.

Dr Mark Avery has already taken two legal challenges against Natural England in the past 12 months with solicitors Leigh Day.  The first has already been won: Natural England signed an agreement with a grouse moor in West Yorkshire that involved a track being built across the grouse moor. Dr Avery claimed that the track was unlawful under the EU Habitats Directive and Natural England were forced to change their position and now oppose the track being built.  The second challenge was a judicial review of a scheme to manage the broods of the threatened Hen Harrier on grouse moors – that case is awaiting judgment after three days of a hearing in the High Court.

Ruth Tingay co-led the 2018 legal challenge against Scottish Natural Heritage’s decision to licence the culling of ravens on grouse moors in Strathbraan, Perthshire; a challenge which attracted widespread public support and funding. The scientific justification for the licence was deemed “completely inadequate” and “seriously flawed” by SNH’s own scientific advisory committee, resulting in the licence holders voluntarily suspending the cull and SNH accepting that killing protected species “just to see what happens” was insufficient justification for authorising this and similar culls.

Interestingly, the remit of Wild Justice isn’t just about legal challenges it also seeks to strengthen the law where it is inadequate, as outlined by Chris Packham: “Wild. Justice. Because the wild needs justice more than ever before. The pressures wrought upon our wildlife have reached a crisis point and this is an essential response. The message is clear . . . if you are breaking the law, if the law is weak, if the law is flawed – we are coming for you. Peacefully, democratically and legally. Our simple premise is to work with the laws we’ve got to seek real justice for our wildlife, to reform, refine or renew those laws we have to ensure that justice can be properly realised. Our wildlife has been abused, has been suffering, exploited or destroyed by criminals for too long. Well, no longer. Wild Justice will at last be the voice of those victims and it will be heard . . . and justice will be served.”

Wild Justice is already considering several legal challenges along similar lines to those already undertaken and they’ll be announcing their first project in the next few weeks.

The Wild Justice website can be found here: http://wildjustice.org.uk/home/ 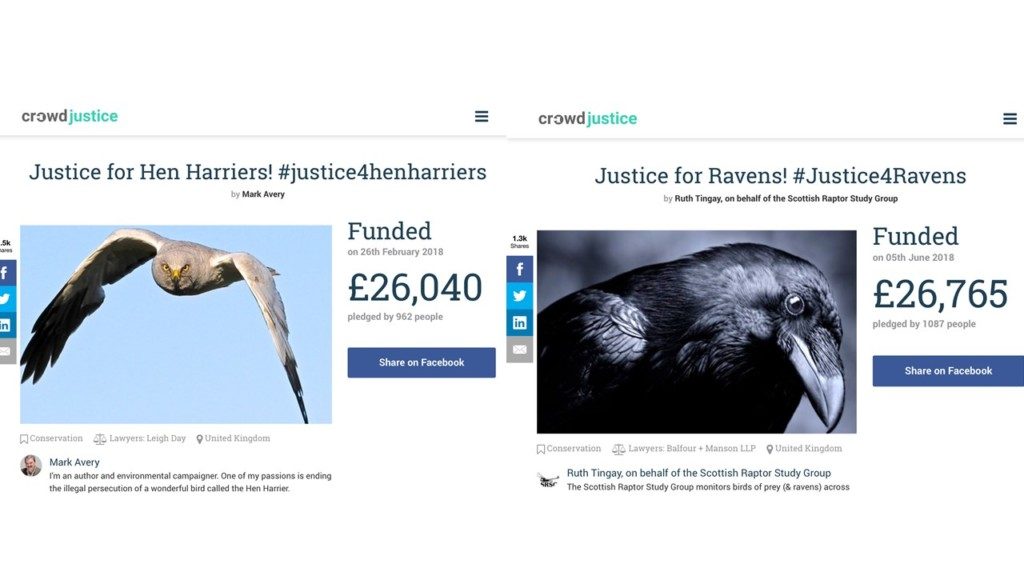