Wales: a safe haven for Ravens?

Wales: a safe haven for Ravens? 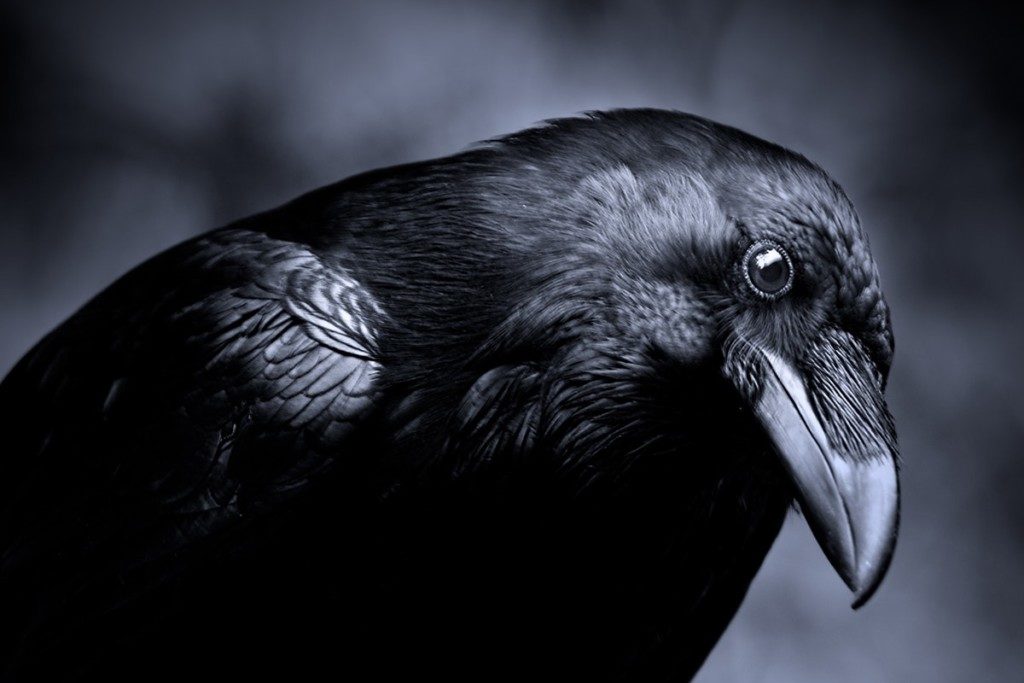 Ravens are a conservation success. They have been increasing in both numbers and range in recent decades, much of which is down to a reduction in illegal persecution and also an increase in carrion (in part due to increased sheep numbers). A good overview of these increases is available from the BTO website and in the Bird Atlas (Balmer et al. 2013). The breeding population now stands at 7400 pairs (as of 2009 and thus is likely to be nearer 10,000 now).

Last year I made a series of Freedom of Information requests to the statutory conservation agencies in England, Wales and Scotland to find out how many licences to kill Ravens had been issued. The information from these requests were summarised for England (see here), Wales (see here) and Scotland (see here).

As the information on the number (and details) of licences issued to kill our wildlife is not made public by any of the statutory agencies, I’ve continued to regularly ask for this information in relation to the killing of Ravens. In the coming weeks there will be a series of blogs outlining the numbers of Ravens that have been licensed to be killed in 2019.

As with last year I’ll start with Wales. Many thanks to Natural Resources Wales (NRW) for providing me with the information. It’s good to see that between the 1st August 2018 and the 19th July 2019 there were no licences issued by NRW for the killing of Ravens, and indeed they received no applications. This is good news, it is especially pleasing to see that the legal killing of Ravens was not required to protect non-native pheasants.

The revised data based on FOI requests are provided in Table 1. 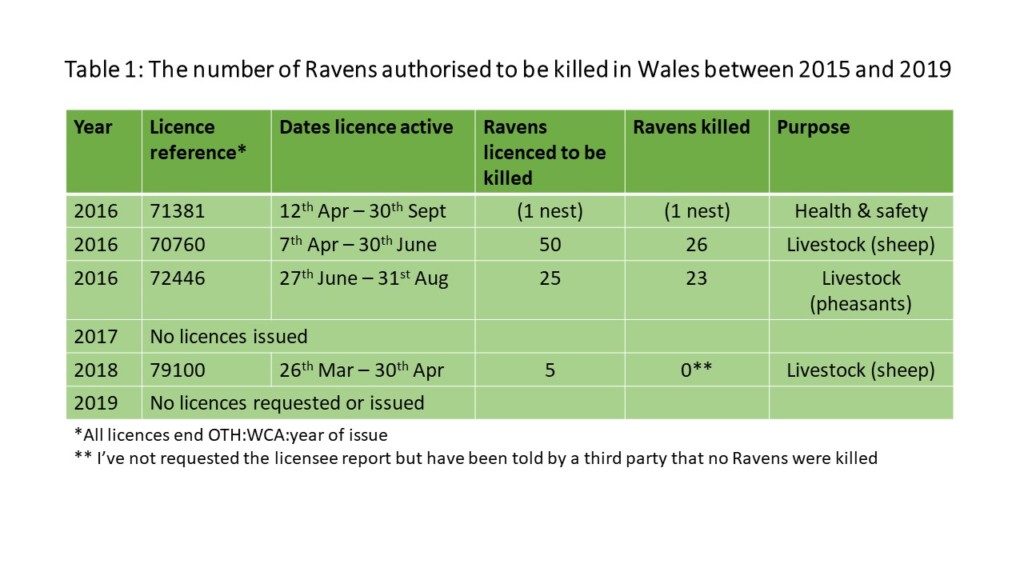 It is also interesting to see that NRW are trying to be more transparent about the issuing of Raven licences. I hadn’t realised that they now have a Frequently Asked Questions page, specific to Raven licences, on their website. This is good, although I wonder if it will get updated every time a licence gets issued?

It seems to have been a good few months for wildlife in Wales with no licences issued to kill Ravens, and a positive update of the General Licences and the promise of a review in 2020 (see here and here).  It is good to see Carrion Crows, Rooks, Jackdaws and Jays removed from some of the General Licences – not a bad few months for some of the Corvidae in Wales. Well done Natural Resources Wales.