This year that increase continues, albeit by a small amount. I have updated last year’s Tables and Graphs with the information I have received from Natural England over the last 12 months. You can see all the details of the licences from 2014 – 2019 in Table 1. These data are presented according to the dates that the Raven killing licences were active. 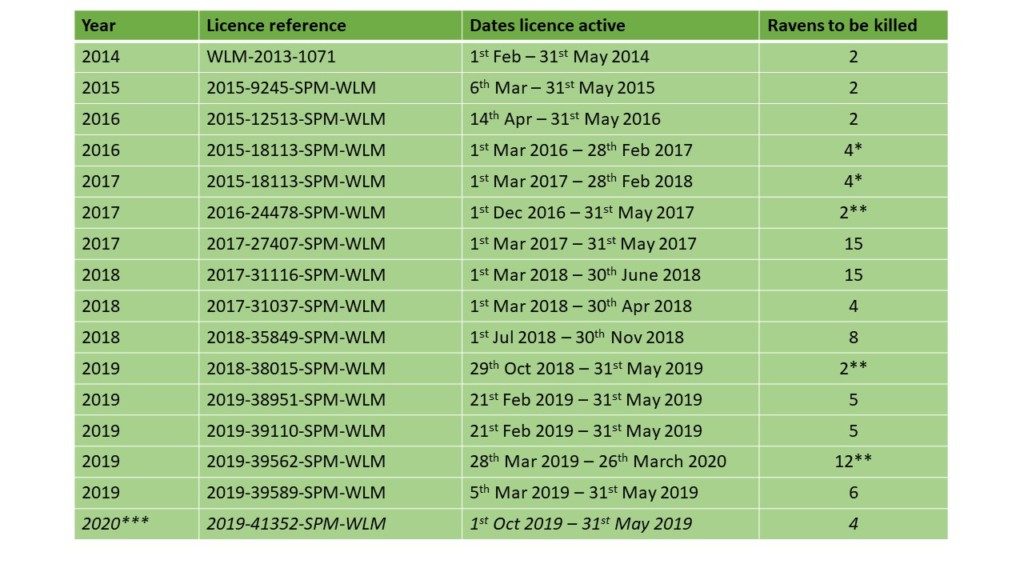 I have also presented the same information according to the date the licences were signed (Table 2). Please note that licence 2019-41352-SPM-WLM is allocated to year 2020 in Table 1 and to year 2019 in Table 2. There are some slight discrepancies between the Tables and the resulting graphs due to how the number of Ravens get allocated to which year, but the overall numbers remain largely the same.

Table 2: The number of Ravens authorised to be killed in England between 2014 and 2019 according to the dates licences were issued (signed)
*The reason all licences were issued was due to damage to livestock. I have taken the details of each licence application to classify this further by livestock type.
**A multi-year licence issued over 2 years. Ravens killed allocated to the year in which the licence was signed/issued 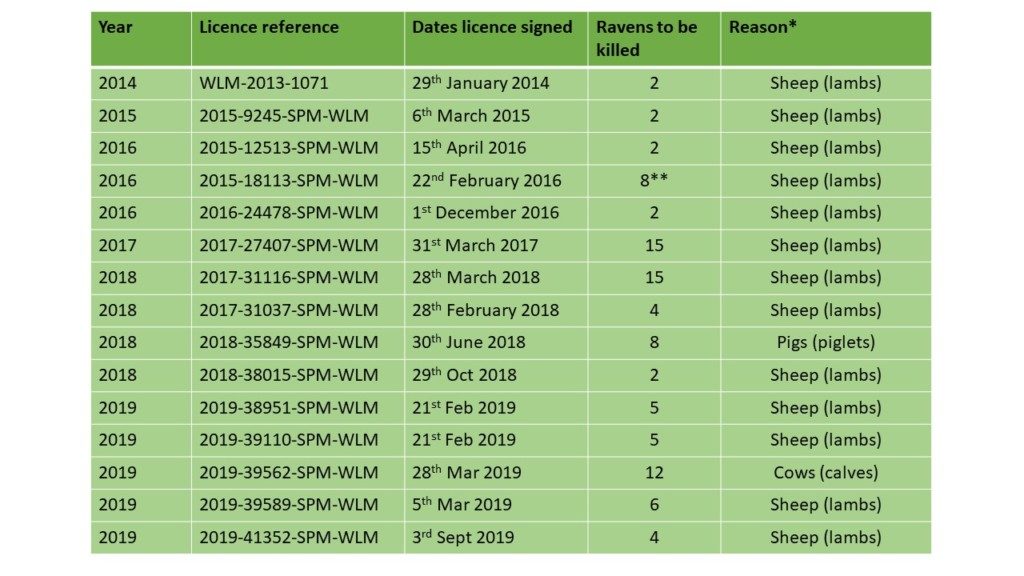 In Table 2 I’ve also added the reason why each licence was granted. When a licence is issued by Natural England it usually only gives the broad category that explains why it has been granted. In the case of all the Raven licences issued between 2014-2019 the reason has always been for preventing serious damage to livestock or foodstuffs. However, from the application form you can determine the specific reason as the applicant has to provide details of what damage Ravens are causing. From Table 2 you can see that of the 15 licences that were issued by Natural England from 2014-2019, the vast majority were for serious damage to sheep/lambs (13 licences) and one licence for damage to pigs/piglets and one for cows/calves.

Looking at these data over time you can also see that the number of Ravens licensed to be killed each year is increasing (Figure 1). The number of licences granted per year is also growing from just 1 in 2014 to 5 this year. Furthermore, during 2019, in addition to the licences that were granted, at least 3 more have been deferred with decisions likely by the end of the year. Natural England won’t provide further details on these deferred applications until decisions have been made. 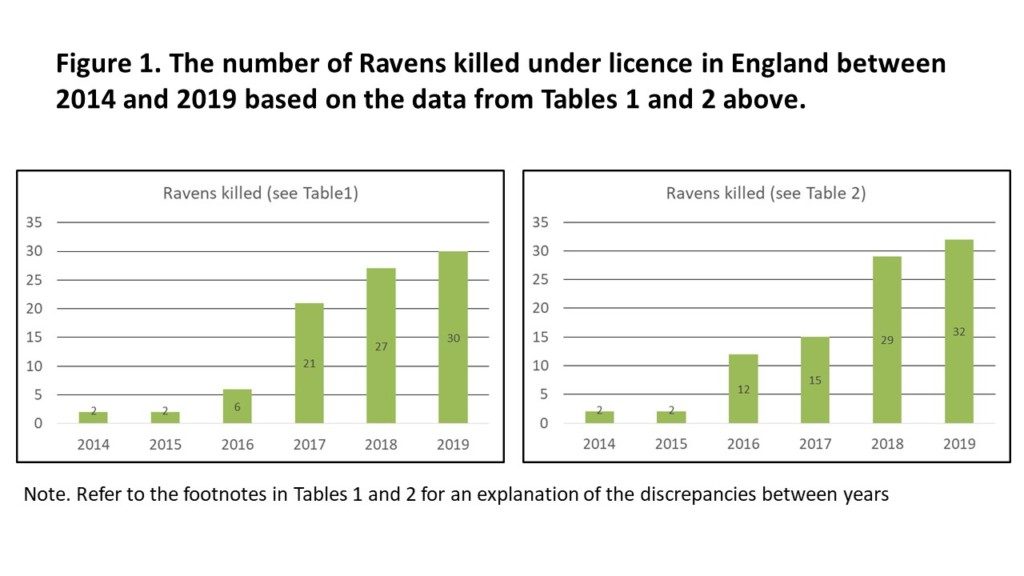 So despite the NE claim that “there is no increase in activity or culls” (see links below), their own data show that both the number of Ravens licenced to be killed, and the number of individual licences issued continues on an upward trend. With decisions on a number of applications deferred until later this year it seems likely that this trend is set to continue.