Turtle Doves: and then there were two

Turtle Doves: and then there were two 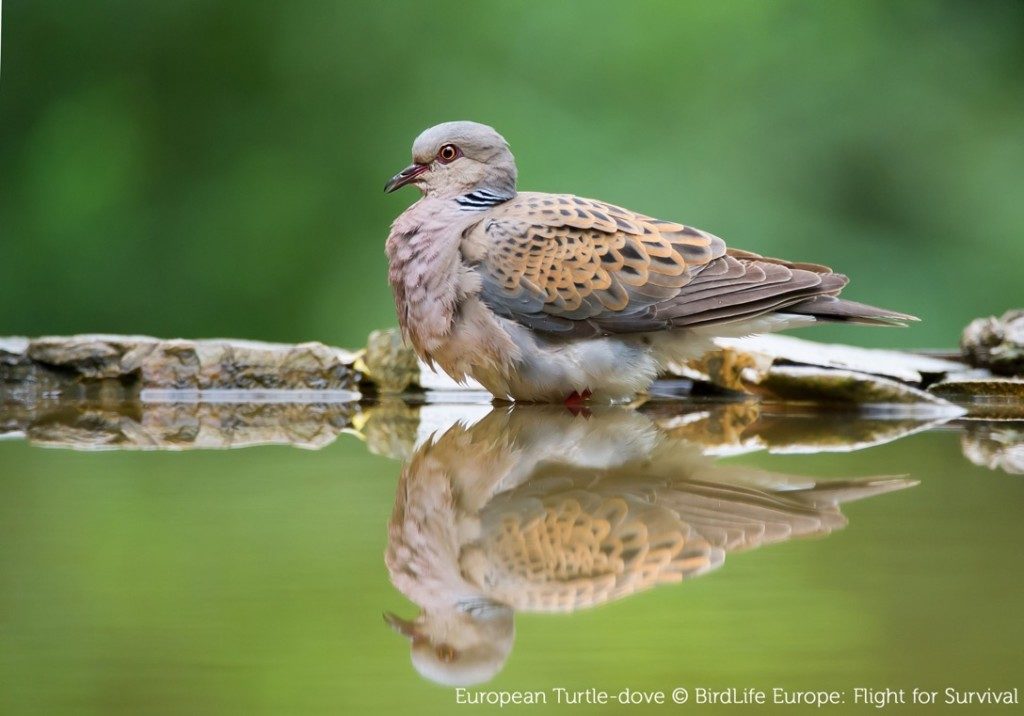 When I first started bird watching, during the summer months you were just as likely to see a Turtle Dove as you were a Collared Dove. I doubt there is anywhere in the UK where that could be said today? Whichever time period you look at the numbers are depressing:

It is red-listed in the UK, it is classified as Vulnerable in both Europe and Globally – it is a species that is hurtling towards extinction – maybe not quite as fast as the Passenger Pigeon, but still pretty quickly. There are an estimated 4,300 breeding territories in the UK (year 2014, so given the rate of decline this is now certainly lower). In the early 2000s the population was in the region of 44,000 breeding territories. How many more years will it be before we start to count the number of UK territories in the 100s not the 1000s?

This year I’ve only saw Turtle Doves twice in the UK – both occasions on nature reserves.

There is probably more than one cause behind the decline. There can be no doubt that loss of suitable breeding habitat has been a big contributing factor here in the UK, and there are now attempts to make improvements – I have my doubts as to whether this can be achieved at a sufficient scale to reverse decline but may be the downward trend can be halted or slowed. Hunting along the flyway is no doubt causing significant problems and these are probably exacerbated as the population continues to decline. A research paper just published tries to quantify this for the first time. I’ve not read the full paper as it subscription only, but here is the full abstract:

With a decline exceeding 30% over three generations, the once-common European Turtle-dove is now considered globally threatened by IUCN. As a legal game species in 10 European countries, the recent International Single Species Action Plan for this species highlighted the need to carry out an assessment of the sustainability of current levels of hunting. In 2013–2014, the Western European population was estimated at 1.3–2.1 million pairs, and the hunting bag in the same region to be 1.1 million birds. Using the Demographic Invariant Method, we assessed whether current levels of hunting harvest within Europe constitute overexploitation of the western flyway European Turtle-dove population. We calculated the maximum growth rate λmax that a population might achieve in the absence of any additive mortality. Then we estimated the potential maximum harvestable population fraction (P) allowed by excess population growth. We explored a wide range of plausible scenarios relating to assumed demographic rates, geographic scope of the flyway and management objectives. λmax was estimated to lie between 1.551 and 1.869. Current levels of hunting along the western flyway are more than double the sustainable fraction (P) under all suitably conservative scenarios, and only fall below this threshold under the most restrictive assumptions. We conclude that current levels of legal hunting along the western flyway are unlikely to be sustainable. Reducing uncertainty associated with assessments of the sustainability of turtle dove hunting will require improved information on (in order of decreasing importance) current levels of hunting, adult survival, age structure and population size.

Stopping hunting along the flyway until the species starts to recover is surely an obvious step that the governments of countries that still allow legal killing could take – and take immediately. We don’t really have that much time – otherwise the Two Turtle Doves in the well-known Christmas carol may be all we have left.