A grouse about evidence-based decision making

A grouse about evidence-based decision making 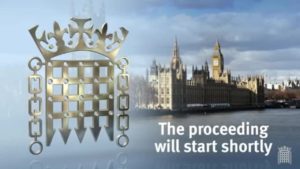 Ten days ago (Tuesday the 18th October) I attended the evidence gathering session that is to inform the upcoming UK Parliamentary debate on driven grouse shooting. It was the first time I’ve attended such a session. Maybe rather naively I was expecting a thorough examination of the evidence that had been put forward by the four witnesses who were asked to discuss the issue of driven grouse shooting. I guess I thought that the session would be comparable to a PhD viva voce examination. It didn’t take long for my expectations to be revised!

The first thing that struck me was that the quality of the evidence base submitted by the four witnesses in their written submissions was so varied. The RSPB rightly prides itself on its high scientific standards and evidence based decision making, and provided a wealth of research to substantiate its arguments for licensing of grouse moors. In fact they cited 56 references, the majority being peer-reviewed papers in renowned scientific journals or official government reports. Mark Avery’s written evidence consisted of 16 citations, mainly peer-reviewed research papers and scientific reports. The Moorland Association cited 9 references, mostly to news articles on their own website. And the Countryside Alliance used references within the text but didn’t cite them properly, so it is difficult to assess from where their evidence was derived. Such a diversity in the evidence base should have surely prompted the most basic of questions from a committee of MPs keen to understand whether driven grouse shooting should be banned, licensed or continue as currently practised. How can it be that one witness is citing 56 pieces of evidence to make its case, and another is citing zero? That simple question could have been asked of each of the witnesses, or at least, each pair (for those who didn’t watch (or read) the session, RSPB and Mark Avery were questioned first, and Moorland Association and Countryside Alliance followed).

One excellent piece of scientific research that was mentioned by all four witnesses (either in the written evidence or verbally), was that known as the EMBER study. It would have been an interesting (and rather obvious) line of enquiry to ask the witnesses how they are reaching different conclusions from the same scientific evidence. It was touched on by one or two of the questions, but nothing too probing to get to the bottom of the conflicting use of the research findings.

The only time I felt that a line of questioning was really trying to get to the heart of a particular aspect of the overall issue of grouse shooting was when Simon Hart (Chairman of the Countryside Alliance, which he declared) interrogated Mark Avery (see questions 33-37 in the written transcript) on the economic implications of replacing driven grouse shooting with an alternative land-use (s). A reasonable line of questioning I thought, albeit robust, and with an unreasonable expectation that a member of the public should have completed a full economic assessment of the UK uplands post driven grouse shooting! I’m not sure if it is within the remit of this Committee to recommend such a study to Defra or the EFRA Committee, but such evidence from independent expert economists should surely be welcomed?

Each of the witnesses alluded to the evidence that there should be 300 breeding pairs of Hen Harrier in the uplands of England, and I was surprised at the rather cursory questioning on this issue, especially as this is one of the key areas of concerns for those campaigning for change in the uplands. It can’t have escaped the notice of the politicians that there is genuine concern about birds of prey persecution from their constituents across the UK. A simple question ‘why were there only three breeding hen harriers in the English uplands in 2016,’ would have no doubt been a fruitful line of enquiry.

The desire for MPs to assess the evidence was summed up when Mark Avery was deemed to be ‘point-scoring’ for adding to Jeff Knott’s (RSPB) comment about burning (see the end of Question 14 in the written transcript). Rather importantly, the RSPB have made a formal complaint to the EU with regards to the intensity of burning in the UK. Such complaints are significant and, and surely warranted further questioning, rather than point-scoring from the Chair?

So this was no viva voce. For me, the depth of questioning was both saddening and disappointing. Irrespective of what ‘side’ of the debate you are on, surely a fundamental part of any debate is a rigorous critique of all the evidence. Westminster politicians created a wonderful opportunity for such an examination of the evidence but then let the occasion just pass them by. With regards to the future of the UK uplands, at this juncture, I fear that evidence-based policy making is merely a pipe-dream.

Footnote: I’m not sure I would want to give evidence to such a Parliamentary Committee and I think all four witnesses deserve credit for professionally representing the views of their organisations and/or supporters.

In the spirit of declaring interests, I signed the petition to ban driven grouse shooting. 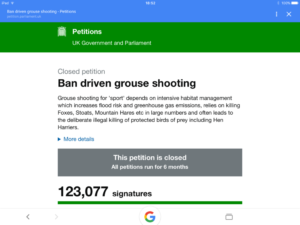