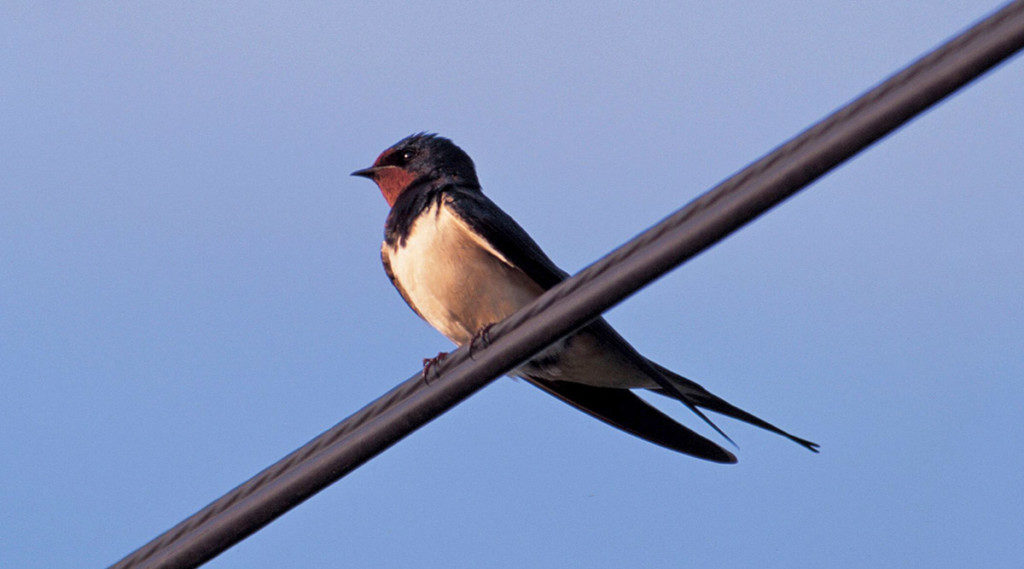 The issue of climate change is being discussed in more and more circles, it is no longer a niche subject amongst a few environmentalists and academics. The amazing Greta Thunberg and others have brought the issue on to our TV screens and our daily news feeds. Some say that the last UK General Election was the ‘climate election’ although I’m not sure Boris Johnson would agree. The Amazon, California and Australia have been on fire, weather patterns are increasingly unpredictable and we are totally off course to achieve the carbon targets that scientists say are needed to limit the worst effects of climate change.

Over the course of the last 6 months or so, I’ve come across numerous threads on social media and been involved in face-to-face discussions about how ‘birders’ need to start considering how their hobby contributes to CO2. We’ve had chats on the local patch about carbon emissions and birds, and at least one regular offsets their ‘twitch’ mileage. I have to admit I rather dismissed the BB Eye piece ‘are we addicted to high-carbon birding’ back in April 2018, but I’ve revisited it several times in recent months. I don’t twitch, but I do travel around the UK birding, and when I do, I rarely use public transport. In the grand scheme of things is this really an issue?  Should I be worried about my UK birding carbon footprint? Over the course of the next 12 months as well as my usual recording of all the birds I see on each birding trip, I also plan to keep a note of mileage and mode of transport. I’m going to focus on UK birding mileage during 2020 and maybe include international birding next year. It may seem odd to exclude international birding as this is surely produces more carbon, but most of my foreign trips are work visits with a few days birding tagged on the end. Additionally, I already offset international flights that are for work purposes.

I enter all my data into BirdTrack so for each month I’ll be able work out the total carbon used for UK birding and the amount of carbon per bird! I’m sure this will evolve as the months go by. During January I made 21 complete bird lists in the UK and saw 114 different species from 770 records. Locations included the local Wanstead Patch, a long day in north Norfolk (which generated the most carbon and the highest number of bird species), and my very urban back garden which generated zero carbon (and very few birds!!). According to the Carbon Footprint Carbon Calculator my birding during January produced 0.139 tonnes of Carbon. I’m not sure what all this means yet but I have no doubt I’ll enjoy playing around with the data over the coming months. 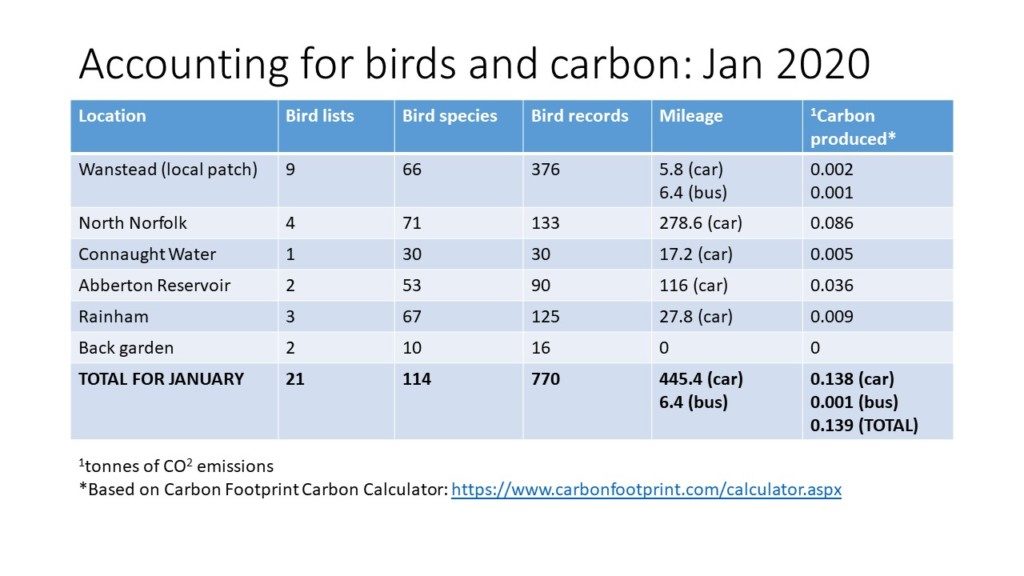 Photo credit. Barn Swallow taken from British Birds article on State of the UK’s Birds and the effects of climate change.