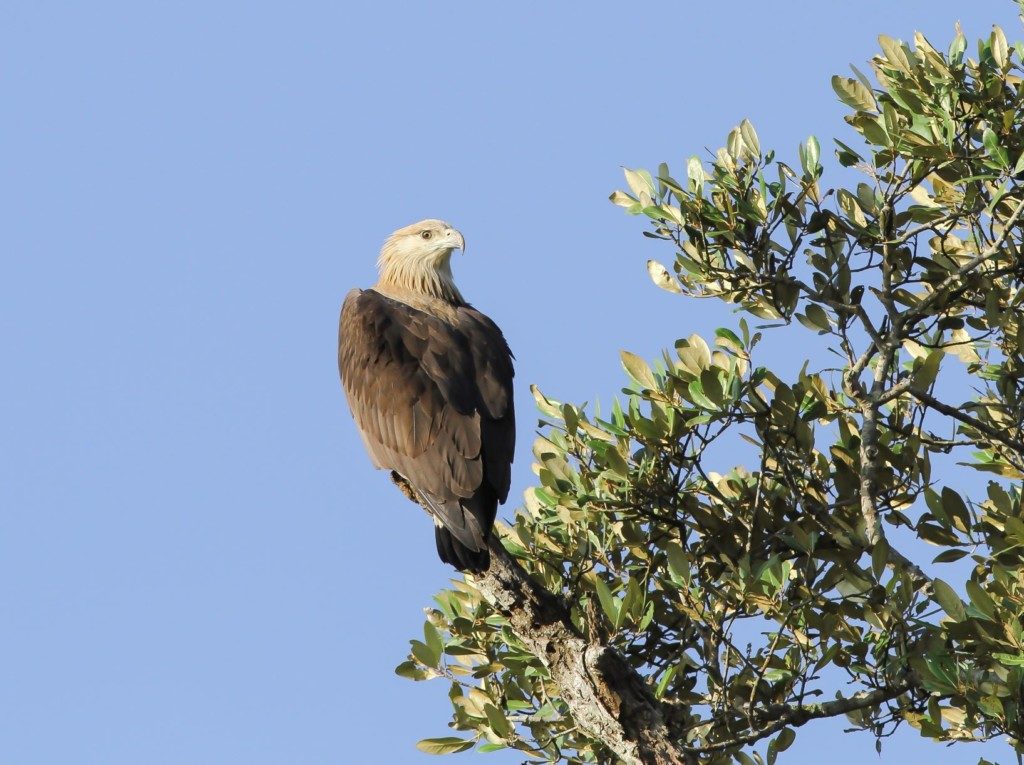 Pallas’s Fish Eagle Haliaeetus leucoryphus is classified as Endangered by the BirdLife/IUCN Red-List of threatened birds. According to the BirdLife International datazone there are likely to be less than 2500 mature individuals (1000-2499), and this is possibly an overestimate. My colleagues in Bangladesh who are working on this species estimate the national population at no more than 100 pairs. Other strongholds are in India (Assam which borders Bangladesh and Uttarakhand) and Myanmar. Are there 400 pairs in these areas?

I’ve been fortunate to spend the last few days with the Bangladesh Raptor Research and Conservation Initiative run by Mohammed Foysal, Nazim Uddin Prince and Sayam Chowdhury. The Pallas’s Fish Eagle project is funded by a small grant from the Oriental Bird Club – one of the 4 regional bird clubs the others being ABC, NBC and OSME). The work is focussed in the species’ stronghold in the north-east region and covers the Sunamganj, Netrokona and Moulvibajr districts

The area is quite difficult to access with various modes of transport required, a 7 hour bus journey from Dhaka to Sunamganj, followed by a 2 hour tuk-tuk ride to our accommodation – a local house boat. The house boat is moored near the village of Solemanpur adjacent to Tanguar Haor, probably the country’s best preserved wetland. Subsequent surveys are then undertaken using motorbikes with regular river crossings by ‘ferry.’ Not surprisingly it is difficult to cover a lot of ground each day. To get around this, the team have used questionnaire surveys of local communities to learn more about the location of eagles and existing territories. The results are impressive with more than 300 interviews conducted across 50 relatively isolated communities with approximately 90% responding that eagles have recently nested within, or nearby their village. The team have then used this information to target their time at known nest sites/territories. This approach has also helped build an important network of local contacts and understand more about conservation issues linked to the presence of the Pallas’s Fish Eagle. 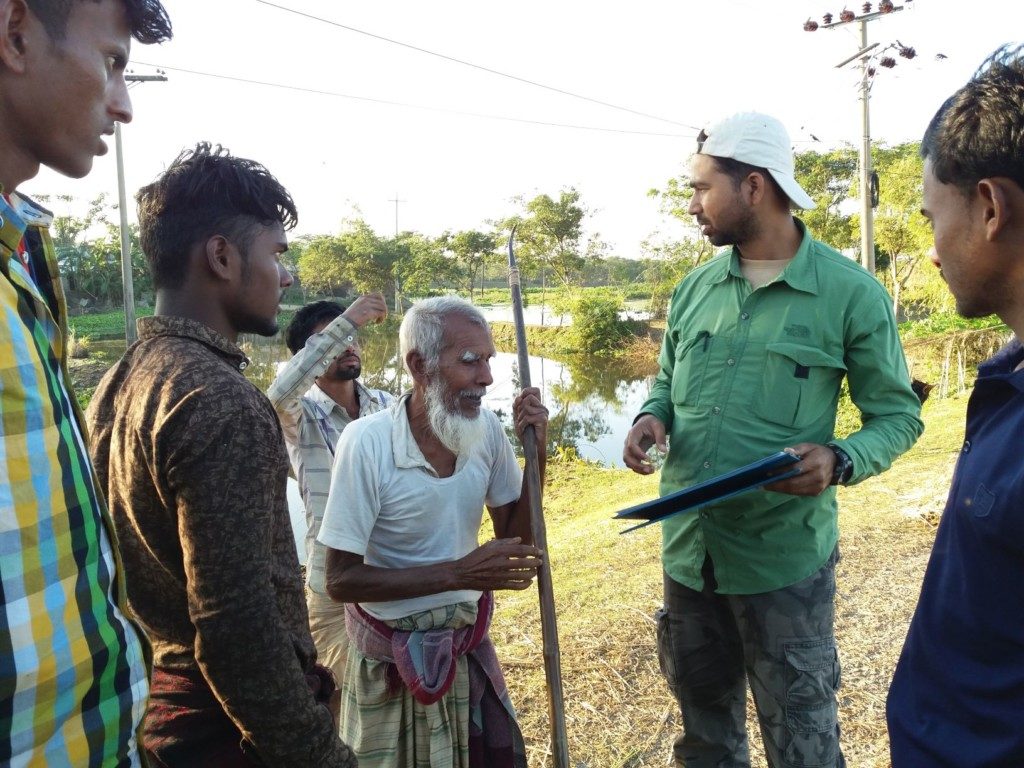 During my few days we checked four territories, all of which had an active nest within them (as predicted by the questionnaire surveys). It was amazing how tolerant the eagles were of people. One nest was in small tree, no more than 5 metres in height and less than 100m from a small settlement of about 40 people. The second nest we visited was in the heart of a larger settlement (about 100 people), directly above a house, at a height of about 10 metres. The adult eagles left the nest temporarily whilst data were collected (including information on food items), but were usually close by, and seem undeterred by our presence. Indeed at one point the adults from one nest perched in a nearby tree no more than 20-30m away from us. Whilst moving between villages we came across another pair of eagles perched in a small bush approximately 30m from the track – again not at all bothered by our presence, no sign of any desire to fly off.

The villagers we spoke to generally seemed proud of having the eagles nesting within their villages and were knowledgeable about their habits and behaviour. One village elder said the eagles had nested here as long as he can remember and he was 70 years old. From the interviews there were some instances where the eagles had come into conflict with some village communities where eagles had taken domestic chickens or ducks, and there were negative comments about some birds taking fish from commercial fisheries. In some instances nests had been removed to try and move the birds on. The dietary studies being carried out by the team should help understand how much of a problem this is, and it may be possible to work out an approximate financial loss.

I was also surprised by the number of chicks in the nests we visited. Of the two nests we checked intensively, both had three large chicks, although in one brood one chick was noticeably smaller than the others. It seems that both nest and chick survival are quite high in this population, which begs the question where do the fledged birds go? – something that is currently poorly understood. This is a future research question for the Bangladeshi team.

My short visit to this project ranks as one of the most incredible experiences I’ve ever had. Seeing large eagles at just 20m distant, which appeared totally at ease with our presence, was simply amazing. Furthermore, the understanding that the local communities had of the eagles within their midst was thought provoking indeed. Yes, there are a few tensions when eagles threaten their livelihoods, but these seem minor and certainly resolvable. One can only dream of seeing Golden and White-tailed Eagles at such distances in the UK. The concept of certain UK communities living in harmony with eagles, indeed any raptor species, often seems to belong in the realm of fantasy.

You can hear vocalisations of the Pallas’s Fish Eagle in this tweet from the Sound Approach.