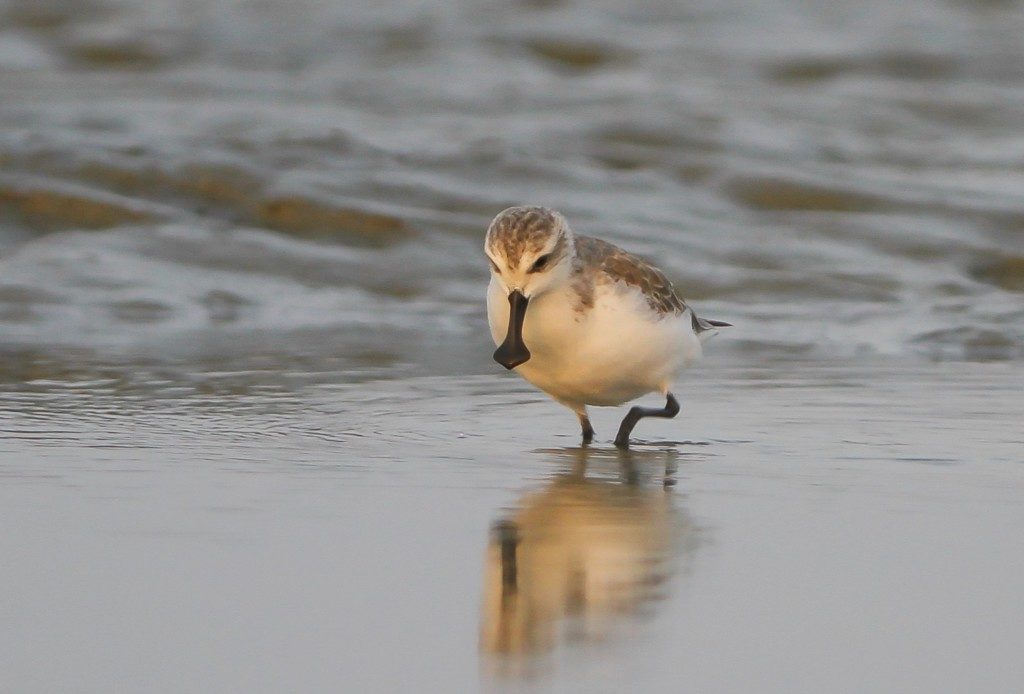 I used to be a conservation optimist but I’m increasingly pessimistic about our chances of saving species from extinction and habitats from continued destruction and degradation. There is no doubt we have the tools and knowledge but I just don’t see the political will and global leadership. However, whenever I visit Sonadia Island in Bangladesh to survey Spoon-billed Sandpipers – I get a rare burst of optimism.

Bangladesh is one of the key range states for the Critically Endangered Spoon-billed Sandpiper (Calidris pygmaea). The species breeds in north-eastern Russia and the global population is probably no more than 250 breeding pairs. Within an estimated annual decline in the region of 25% (although now slowing) this species was at serious risk of global extinction until a concerted international collaborative conservation effort started not much more than a decade ago. One part of that collaborative conservation effort has focussed on Sonadia Island near Cox’s Bazar in Bangladesh. It is one of my favourite places in the country and I think my visit last week was my 7th. Conservation work started on Sonadia around 2010 when it was discovered that locals were illegally catching wintering shorebirds as a source of food. Spoonies weren’t being deliberately targeted but were unintended bycatch as the trappers set nets for the larger shorebirds. These discoveries and the importance of the various mudflats on Sonadia were made by Sayam Chowdhury and his colleagues, and they established the Bangladesh Spoon-billed Sandpiper Conservation Project (BSCP). The approach to halting the illegal harvesting of shorebirds was to provide alternative sources of income to the hunters. Shorebird trapping wasn’t a productive way to make a living and typically hunters made not much more than $5-7 US Dollars a day. The BSCP offered small loans and grants to the various hunters to switch to alternative livelihoods such as growing watermelons or establishing a tailoring business. The results were dramatic and within 12 months the trapping of shorebirds, including the Critically Endangered Spoonie, was halted. Almost 10 years on and there has been no instances of illegal trapping on Sonadia – the tailoring business is going strong and watermelons are still grown. 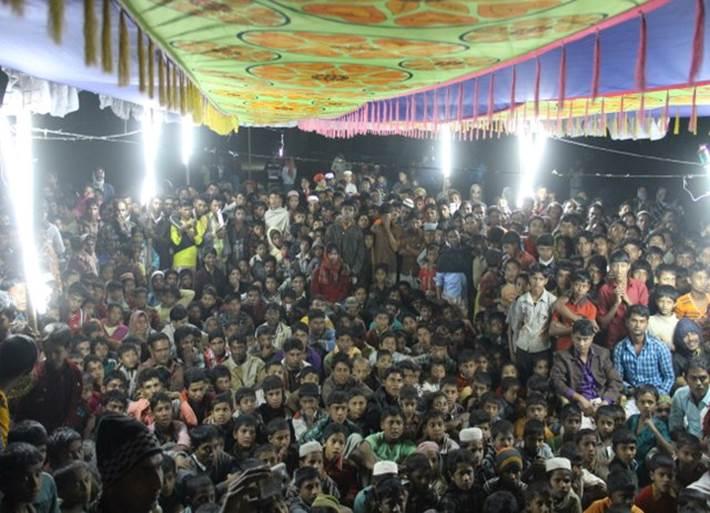 When I made my first visit to Sonadia back in 2011 a looming threat was the development of a deep-sea port on the island. This would have destroyed some of the habitat utilised by Spoonies, and would have undoubtedly changed the hydro-dynamics of the mudflats, with unknown consequences. Fortunately, the project has not yet materialised and hopefully the plans will remain shelved. The planting of mangrove seedlings on open mudflats used by shorebirds, including Spoonie, was a potential problem but once this was discussed with the local Forest Department office in Cox’s Bazar and the staff at the head office in Dhaka, the practice was halted. The BSCP team have done a remarkable job over the last 10 years in raising awareness of this site and protecting Sonadia Island for Spoonies and the tens of thousands of shorebirds that rely on these fabulous mudflats.

There is no clearer illustration of the international collaborative effort to save Spoonie than the Spoonies themselves. During the few days we surveyed Sonadia, 7 Spoonies were recorded including one colour flagged bird – White ‘3C’. This bird was ‘head started’ on the breeding grounds of Chukotka in Russia in July 2017. Head starting has been an amazing success story led by WWT and Birds Russia (and many other partners), and has seen more than 180 fledged chicks added to the population since the technique was started in 2012. The technique of head starting is basically when eggs are taken from the wild and incubated in captivity, and once the chicks are hatched they are raised in pens and then released when they reach fledging age. Head starting allows Spoonie breeding productivity to be boosted by up to 5 times the natural rate – this can be a vital lifeline for a rapidly declining bird hurtling towards global extinction. All the head started birds are colour marked and are individually identifiable, and thanks to loads of observant birdwatchers along the East Asian coastline, there have been more than 800 sightings of Spoonies from 7 different countries (including Bangladesh). Migratory birds really do have the ability to connect people and countries. 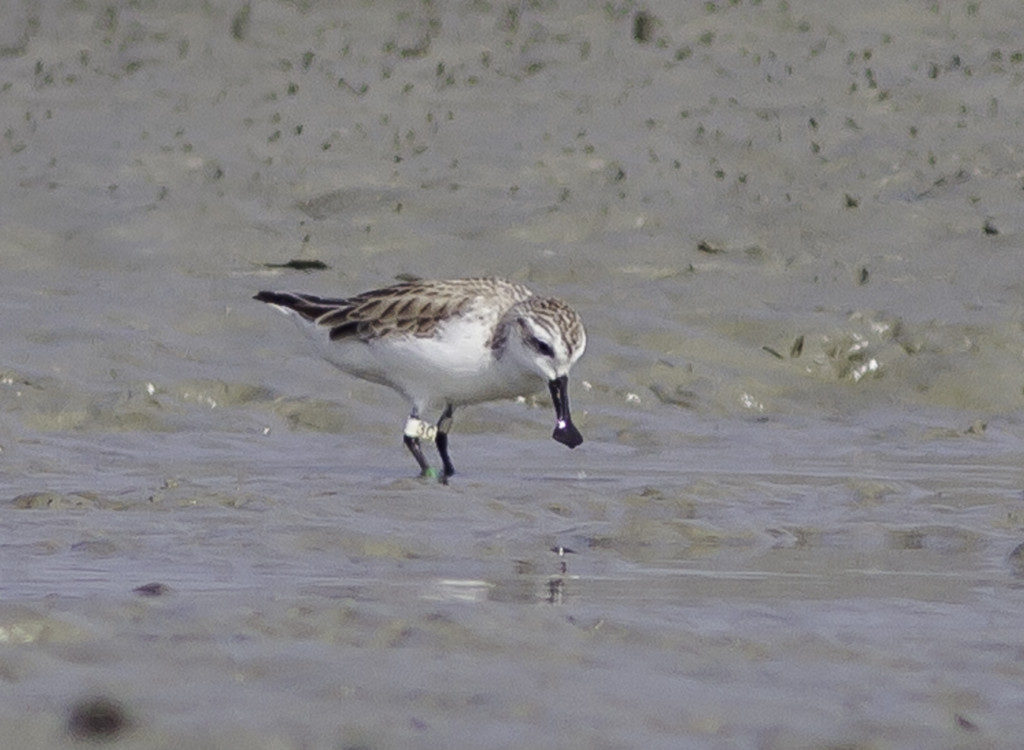 The 7 Spoonies we recorded on this survey trip was lower than on some of my previous visits (when up to 20 could be recorded). This decline is also reflected in the overall number of shorebirds using the Sonadia mudflats, and it could be that there has been some redistribution of wintering shorebirds to other sites such as the islands near Sandwip, Chittagong. The mudflats of Bangladesh are very dynamic and new feeding and roosting areas are being created all the time. It also begs the question as to what the future holds for the coastal shorebirds of Bangladesh as sea-level rise becomes more apparent with climate change.

After a decade of intensive conservation work the outlook for the unique Spoon-billed Sandpiper is much brighter than it was – my old optimism. Around the globe there are 225 birds categorised as Critically Endangered, and a further 461 and 800 as Endangered and Vulnerable. Not all of these species will be afforded the intensive conservation efforts to save them, and some (maybe many) will no doubt slip away – my pessimism returns.

The Save Our Species Fund was a significant funder in the early stages of this project in Bangladesh: see here