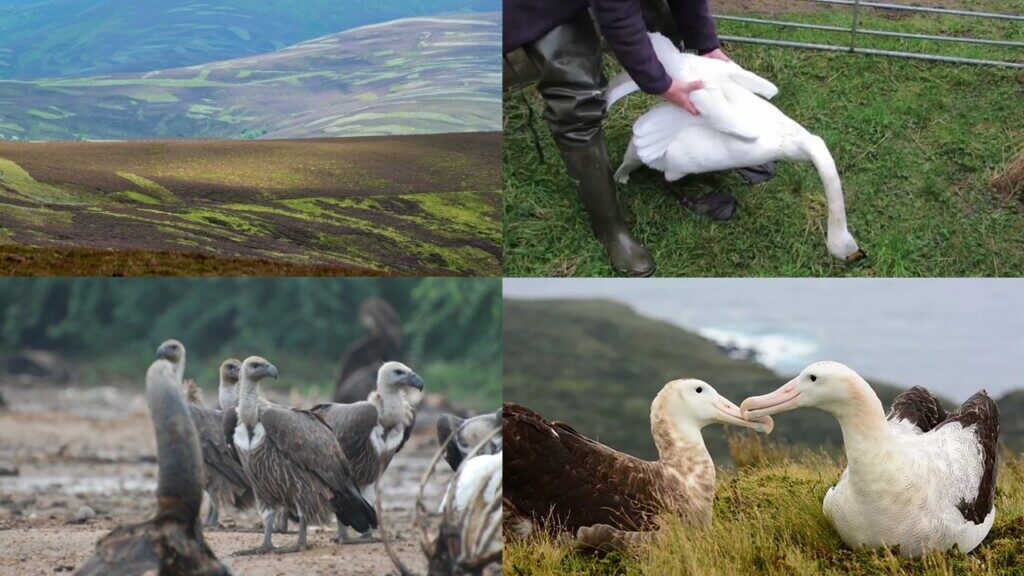 Increasingly we live in a world where there is an expectation for things to happen in an instant and with minimal effort. We order our shopping online and it arrives the next day. If we have a question that needs answering, Google does it in seconds. Technology has revolutionised the speed and ease at which we can do a vast array of things in our lives. What does this mean for conservation? Of course conservationists and NGOs have been able to harness technology too, but last week there were a number of good news stories that got me thinking about how this ‘age of immediacy’ conflicts with many of the conservation challenges we face. Here are just some examples:

Last week the European Union voted to ban the use of lead ammunition over wetlands in all EU member states. This is something that many organisations and individuals have been campaigning on for years. In the UK the Royal Commission on Environmental Pollution (in 1983) recommended that urgent efforts should be made to develop alternatives to lead shot and lead fishing weights. The Agreement on the Conservation of African-Eurasian Migratory Waterbirds (AEWA) has been working towards a ban on the use of toxic lead ammunition since it was established some 25 years ago. Indeed AEWA Contracting Parties were supposed to have phased out the use of lead ammunition over wetlands by the year 2000! Last week’s announcement was a conservation success, although it is only a partial ‘victory’ as toxic lead ammunition can still be used in other habitats and will continue to be added to our food. As welcome as it is, this partial conservation success took at least 40 years to achieve, and there is still some way to go.

The very welcome conservation news from Scotland last week was the announcement to introduce a licensing system for Scottish grouse moors. This is a massive step forward for those campaigning for a change in the way large swathes of the UK uplands are managed. The campaign has many threads including a halt to the illegal persecution of birds of prey, better flood management by allowing sphagnum to flourish and soak up water, reducing carbon emission by stopping the burning of heather, halting the systematic killing of predators and better regulation of the use of medicated grit that is used liberally across grouse moors. Aspects of the broader campaign have been ongoing for decades – the RSPB have been fighting the illegal killing of raptors since the 1960s (the Protection of Birds Act was passed in 1954)! In the last decade groups and individuals such as Raptor Persecution UK, Dr Mark Avery, Chris Packham and The Revive Coalition have all been campaigning tirelessly to reform our uplands. Last week’s announcement was a massive boost to the collective efforts stretching back some 50+ years. Again, as welcome as the announcement was, it represents a milestone on a much longer conservation journey.

Over the last few weeks there has been lots of ‘stuff’ on my Twitter feed on the subject of protecting peatlands. Some of this refers to nature-based solutions for combatting climate change by locking up carbon, in for example our uplands, instead of burning it so a few people can shoot a few grouse for a few days each year. Uplands for the many not the few. Apparently, Monty Don of Gardener’s World fame, and others have written to Defra calling for a ban on the sale of peat by the end of 2025. But this campaign, worthwhile as it is, is nothing new. A certain David Bellamy was campaigning for this in the 1970s, and there is a timeline that shows the history of the campaign to protect peatlands at the foot of this article. The Government continues to prevaricate over its Peat Strategy – in less than 12 months time the UK will host the UN Climate Conference (COP 26) whilst our uplands will most likely be burning and our garden centres selling peat. After some 50 years progress is being made but it is almost as slow as the formation of peat itself!

Vultures and the seabirds of Gough:

Asian Vulture populations crashed in the late 1990s. White-backed, Slender-billed & Long-billed Vultures occurred across India and Nepal in their millions, but in just a few years some populations had crashed by more than 99% – the most rapid decline in a species (or group of species) ever recorded. The Bombay Natural History Society (BNHS), the RSPB and many other organisations and government agencies have since been working to understand the causes of the decline and putting in place solutions to save the Asian Vultures from going extinct. Progress is being made and it was inspiring to listen to the various presentations at last week’s SAVE meeting – held online due to the pandemic. It was in 2000/01 that non-native house mice on Gough Island were discovered to be responsible for predating the chicks of Tristan Albatross and Atlantic Petrels. Since then more evidence has been gathered and without conservation intervention the 8 million seabirds of Gough Island face an uncertain future. After several years of work to assess the feasibility of eradicating the house mouse, and of course the massive effort to raise the millions of pounds required to undertake the project on one of the world’s most remote islands, all systems were go. However, the coronavirus pandemic but a temporary halt to the project. Almost twenty years after the problem was first identified, last week the RSPB announced that the project is back on.

Despite more than two decades worth of conservation effort Asian Vultures and the seabirds of Gough Islands still face uncertain futures. The first tentative signs of success are being seen for Asian Vultures and the make or break project of mouse eradication on Gough Island is set to proceed next year. If the eradication is successful it will be one of the great success stories in the history of nature conservation. It will take at least another 20 years before we will be able to say the same about Asian Vultures.

Although we will live in an increasingly fast-paced world where we want everything in an instant, we have to remember that for some conservation campaigns fifty years is the half way mark! Conservation is a long game and good things come to those who wait.