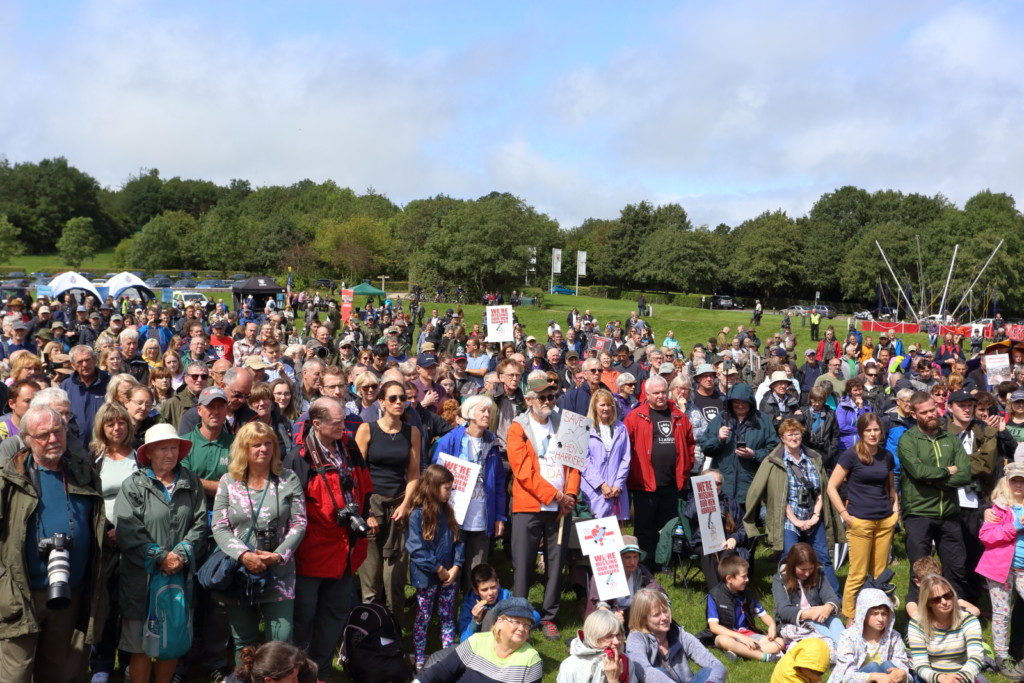 I missed the very first Hen Harrier Day in August 2014 as I was working in Saudi Arabia at the time. I followed the event on social media wishing I could be there – swapping 45C heat to be part of the sodden570 had a certain appeal. I’ve been to Hen Harrier days every year since. They’ve all been fantastic events and a great opportunity to meet up with old friends and make new ones.

Hen Harrier Day 2019 was the best yet. Incredibly well put together and professional, and an excellent range of passionate and knowledgeable speakers. The crowd was fabulous too, including many people who had not been to a Hen Harrier Day event before – knowledge about the plight of our Hen Harriers is spreading. About 1500 people attended the day, probably more as some people came and went rather than staying for the full event. The speakers were live-streamed on Facebook and the #HenHarrierDay2019 (or #HHDay2019) enabled people from across the country to follow the proceedings.

The event was arranged by Wild Justice and was held at the Carsington Water Visitor Centre, near Ashbourne just outside the Peak District National Park. You can see an excellent summary of the day on the Wild Justice website: here, here and here

Carsington Water is owned by Severn Trent Water, and they deserve a big round applause and a huge thank you for hosting the event – for me, the venue really made this year’s Hen Harrier Day. I spoke to a number of people during the day who mentioned that Severn Trent had received a number of communications asking them to withdraw their support for the event. Apparently, there were suggestions made that hundreds of ‘shooting supporters’ would attend the Hen Harrier Day and cause disruption unless the event was cancelled. At the end of the day I overheard a conversation between a Severn Trent employee (at least that’s my assumption) and a member of the public that mentioned that malicious calls had been made to their offices. Given that the event went ahead it is clear that Severn Trent stood firm, and they should be congratulated for not caving in to such pressure. This follows the last minute withdrawal of invites to Chris Packham and Mark Avery to attend a debate at the Game Fair a few weeks ago. Maybe this is the start of a new approach by the shooting industry to avoid debate and discussion about the scandal of the low numbers of Hen Harriers in the UK? Why would the shooting industry want to close down such debate if they have nothing to hide?

I’ll remember Hen Harrier Day 2019 for its uplifting speeches, children’s poems, catching up with old friends, making a few new ones, The Artisans, and the fun, friendly atmosphere.