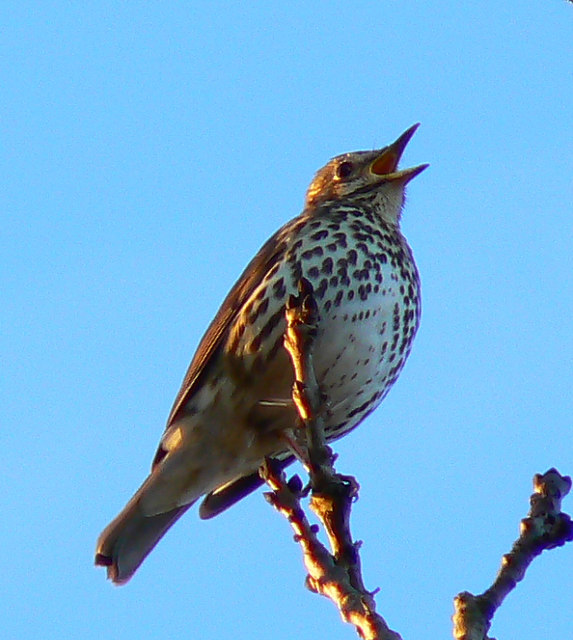 Today is International Dawn Chorus Day – it is the first Sunday of May each year. My perception is that there’s been a lot more promotion of Dawn Chorus Day this year than I previously remember? I’m usually an early riser and tend to get out on the local patch at first light, which at the moment is about 5.30am. The bird song is usually quite impressive in Wanstead Park at that time, arguably better than on the nearby Wanstead Flats. This morning I decided to get out a bit earlier (4.55am) to the part of Wanstead Park known as the Old Sewage Works – this area is a nice mix of thick scrub, interspersed with some open areas and taller trees, a small horse paddock and the River Roding. Even as I arrived at 4.55 the dawn chorus was well underway with multiple Blackbirds, Song Thrushes and Robins belting out their well-known songs. An adult Red Fox barked loudly at a young cub walking along the main riverside path, presumably not expecting to see anyone at such an early hour. A trio of warblers joined in next with Blackcap, Chiffchaff and Whitethroat, followed by several Wrens and Dunnocks. A Carrion Crow uttered its triple kraah kraah kraah ‘song’ in the distance from a tall tree on the Ilford Golf Course (probably from the nearby nest), and the rather monotonous cooing of Woodpigeons started to echo around the Old Sewage Works. Blue and Great Tits were up next with the latter definitely the more vocal of the two. A couple of screeching Ring-necked Parakeets passed overhead. A Green Woodpecker yaffled and a Jay and Magpie seemed to be having an early morning altercation from within a large Hawthorn bush. Finally, Goldfinches and Greenfinches joined in too, they are common in this part of the Park but they’re clearly not early risers. Three Long-tailed Tits trilled as they moved through the scrub – they’re a slightly unusual species in that they don’t really sing very much, and they didn’t make an exception for International Dawn Chorus Day! A male Mallard quacked its way along the River Roding. 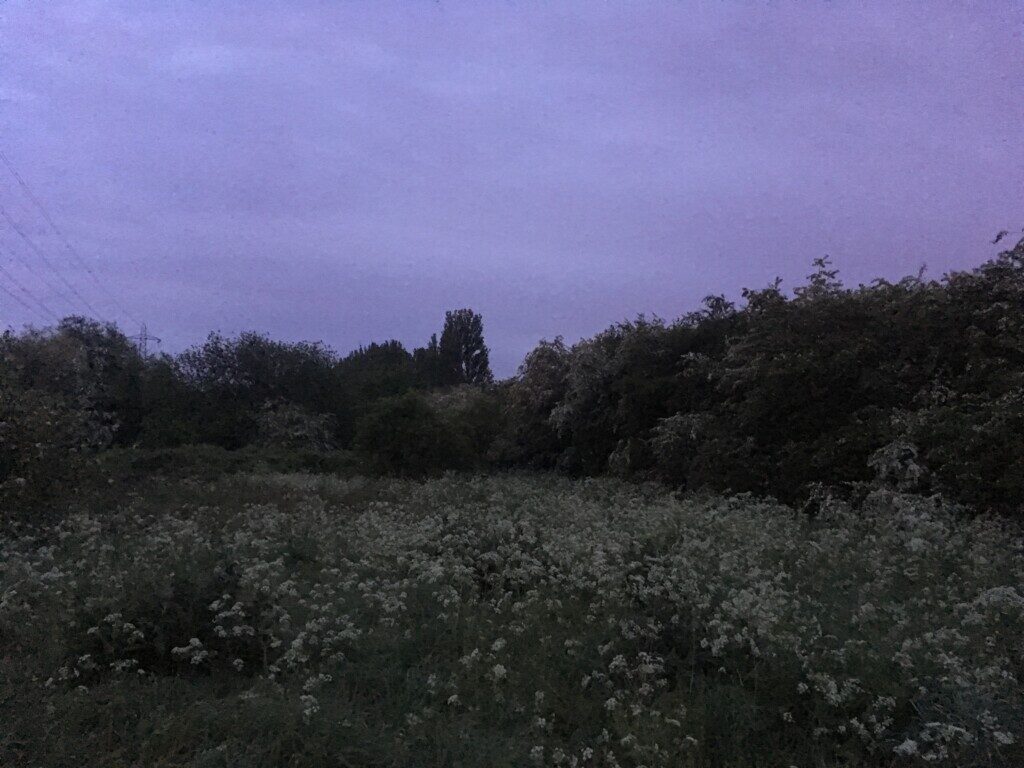 By 5.20am the volume was starting to wane, although it was still impressive. I’d clearly heard the songs or calls of at least 20 different species in a 25 minute spell, and it was all rather magical. The outer London traffic on the nearby North Circular had been drowned out by birdsong. I was the only person in the Old Sewage Works and I had the whole avian symphony all to myself. It didn’t take me long to start thinking about what other species I should have been listening too. There was no melodic Nightingale, no descending cadences of a Willow Warbler, no ‘purring of a Turtle Dove, no ‘cuckooing’ Cuckoos. Birds that just a few decades ago would have been at the heart of this morning’s dawn chorus. People have sought solace in nature during these unprecedented times, maybe once this is all over society needs to put something back.

If you’re on Twitter follow the Sound Approach and check out their daily bird song Tweet and listen to 10 fabulous dawn choruses from across the Western Palearctic, or read about Gökotta

Photo credit: The header photograph belongs to Brian Robert Marshall and is licensed via a Creative Commons Licence. Body photograph is of the Old Sewage Works at dawn.