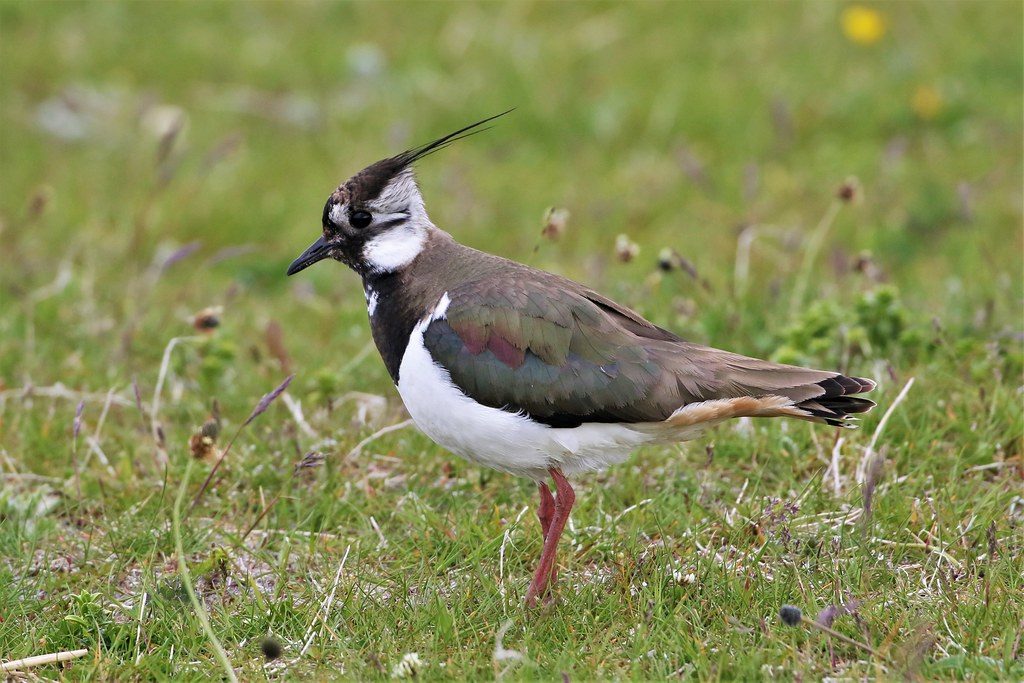 Rather spookily I’ve been reminded of my PhD twice in the last few hours. This morning, whilst looking up a reference, I came across an old paper* of mine in Wader Study Group Bulletin (now Wader Study) and then over lunch there was a Tweet on my Twitter feed from Georgie Bray who is the Farm Manager at RSPB Hope Farm. 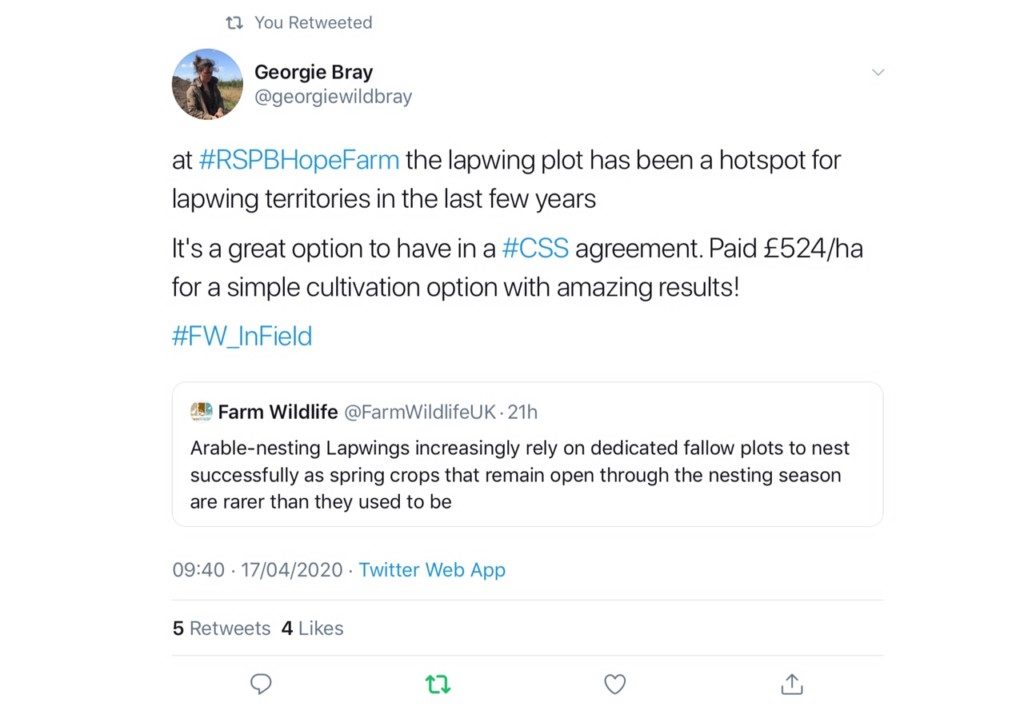 Cultivated plots were part of the pilot Arable Stewardship scheme back in the late 1990s. They were designed to provide breeding habitat for Lapwings and also Stone Curlew, with potential benefits for spring germinating arable plants. My PhD investigated how effective these plots were in providing suitable nesting conditions for Lapwings, and was jointly funded by the RSPB and Harper Adams University College. Fieldwork was undertaken in Shropshire and Staffordshire (in 1999 & 2000) where I was based, with additional data collected by Will Kirby in Cambridgeshire (1999). My third year of fieldwork was cancelled due to the Foot and Mouth disease outbreak.

As part of the Arable Stewardship scheme, these cultivated plots were known as Option 1B – over-wintered stubbles followed by spring/summer fallow. The stubbles were left over winter and provided seed food for wintering birds, and a false seedbed was created by cultivating the field (or plot) between the 1st and 20th March. Further cultivation was not allowed until mid-July when the field would then go back into normal cultivation. The bare and open conditions provided excellent habitat for nesting Lapwings, although there were some instances where the vegetation grew back too rapidly and became unsuitable. It was an expensive option at £540 per hectare. If my memory serves me correctly the option was then incorporated into the Countryside Stewardship Scheme in the early 2000s as OS3. I have no idea what the current prescription is but according to Georgie’s Tweet it is still available at the knockdown price of £524/ha. My PhD showed that Option 1B could provide suitable nesting conditions and became increasingly important later in the breeding season as other crop types started to become too tall and dense. Lapwings on Option 1B fields tended to nest at higher densities and had higher breeding success** (29/34 (85%) nests hatched). There was some evidence that chicks that remained on Option 1B plots survived better than those that hatched in other crop types, but this was not clear cut. 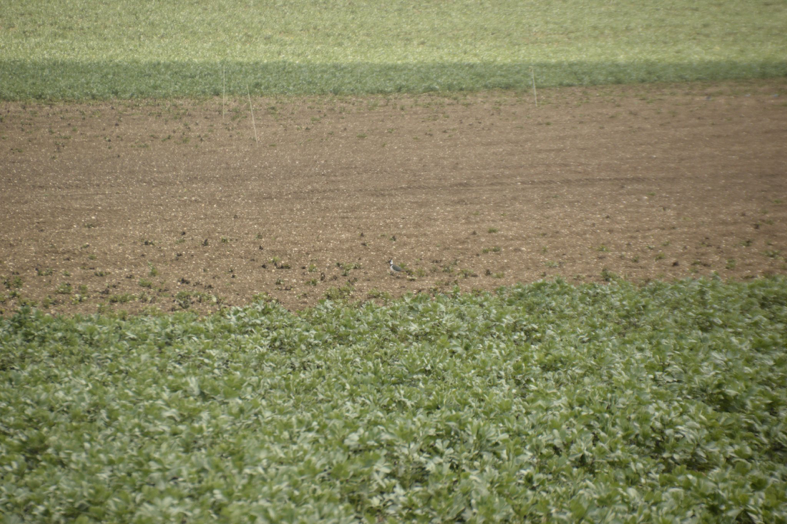 I have to say that I thoroughly enjoyed my PhD days. I had a great supervisory team in Keith Chaney and Glen Tyler, and had fabulous support from the RSPB who at the time had a hugely influential farmland bird research team. The RSPB had a great team of policy folk too that translated that research into agricultural policy recommendations. The RSPB purchased Hope Farm in 2000 to demonstrate how birds (and biodiversity) can flourish whilst being economically viable as a farming enterprise. Has it worked? Well, since 2000, there has been a 226% increase in breeding farmland birds and approximately 15 times more wintering farmland birds, whilst continuing to be profitable. Breeding Lapwings returned to Hope Farm in the mid-2000s (I think) when spring cropping (beans) were introduced back into the crop rotation. From Georgie Bray’s Tweet it’s nice to see that Lapwings are still breeding on the farm. This year there are four Lapwing territories and three of them are nesting on Option 1B – or whatever it is called nowadays – that’s a nice upbeat note on which to end the week.