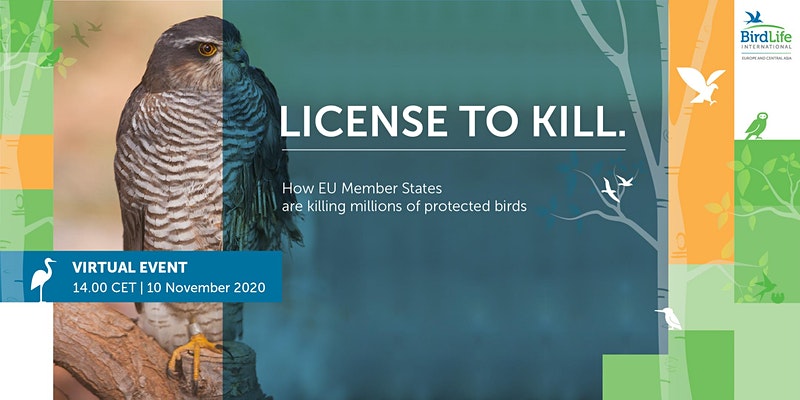 I came across this on social media and it looks like it could be a devastating piece of research. BirdLife International will soon be launching a report that shows that more than 14,000,000 birds have been legally killed across EU Member States (between 2009-17) thanks to the use of derogations to the Birds Directive.  The unedited text from the invitation is below. I’ve not seen the report so I have no idea how these figures have been calculated and what they include. But I’m pretty sure they won’t include the numbers of birds that are also illegally killed across the EU. For example we know that assessments have been made for the Mediterranean region (including non-EU countries).  The Killing report revealed that in the region of 25 million birds are illegally killed in the Mediterranean each year, including 5.6 million in Italy alone. On top of that you have up to a 2.1 million birds illegally killed in northern and central Europe and the Caucasus.

From the introductory information that is given below, the legality of these derogations sounds like they are skating on thin ice – and some of this sounds very similar to what Wild Justice is currently challenging in England and Wales.

It seems that there is an awful lot of bird killing going on – is it any wonder that so many species are declining?

Unveiling the truth: how Member States are abusing their power to grant licenses to kill millions of birds

About this Event (register here)

Have you heard of the EU Birds Directive? It’s a powerful piece of legislation that protects birds across the continent.

Exceptionally, Member States can issue derogations to the Directive. This means they effectively allow people to get rid of birds, their eggs or their nests in very specific situations: for public health or to prevent serious property damage, for instance. Normally, such derogations are only granted when all other non-lethal alternatives have been tried and failed.

Problem: they are giving out licenses to kill protected birds like there’s no tomorrow.

Our research exposes how between 2009 and 2017, EU Member States granted more than 84,000 derogations, thereby killing more than 14,000,000 birds. That’s right: fourteen million. And given the doubtful reliability of Member States’ self-assessments, this number is most probably an underestimate. Many Member States make a complete mess of the reporting: in certain cases, they failed to produce any reports at all over several years!

By abusing their power to grant licenses to kill birds, Member States are violating EU law, attacking biodiversity, abandoning animal welfare and turning their back on science. The European Commission must take decisive action.

BirdLife is releasing a report to expose this far-reaching scandal.

Come to our virtual event to find out more about the license to kill, and to discuss how to stop this chaos.