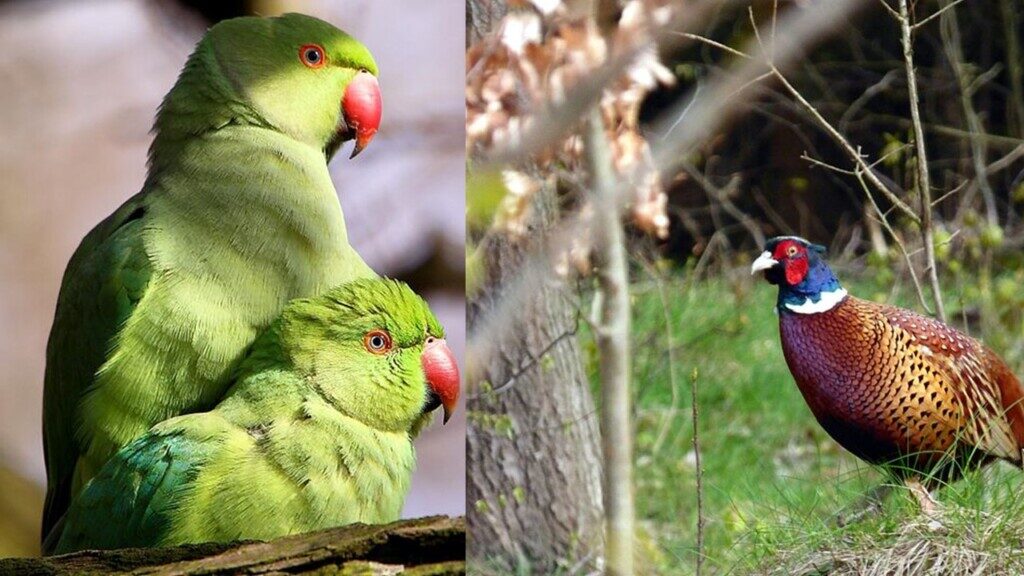 At the turn of the year, Ring-necked Parakeets were in the news, and it was widely reported that Defra were considering a cull to reduce their numbers. I can’t find anything on the news section of Defra’s website, nor Natural England’s – I didn’t look too hard so I may have missed it. The news was apparently first reported in The Telegraph and I picked up on the story via BirdGuides:

“A government source said Defra was in “discussions” about the first government-ordered cull of Ring-necked Parakeet in the UK, although “concrete plans” had not yet been made.”

The non-native Ring-necked Parakeet is potentially a threat to native UK, especially other hole-nesting species such as Nuthatches, Starlings and Woodpeckers. They are certainly aggressive birds and I observe them on each visit to my local patch in Wanstead Park and Flats interacting with a range of species, including our resident Little Owl. These interactions are especially noticeable in the lead up to the nesting season, and I’ve watched them be aggressive towards Stock Doves, Great Spotted Woodpeckers and both Blue and Great Tits in close proximity to nest cavities. I’ve not seen any compelling evidence that clearly demonstrates that the Parakeets are causing declines or having negative impacts on native species, but it wouldn’t surprise me as their population continues to increase. According to the latest Population estimates of birds in the Great Britain and the UK, there are some 12,000 breeding pairs (up to 2016). If we were to convert that into biomass that would give us a Ring-necked Parakeet population of approximately 2880kg (based on a typical adult weight of 120g – taken from Birds of the Western Palearctic).

If Ring-necked Parakeet biomass was included in the following graphic, their segment would be so small that it wouldn’t be detectable: 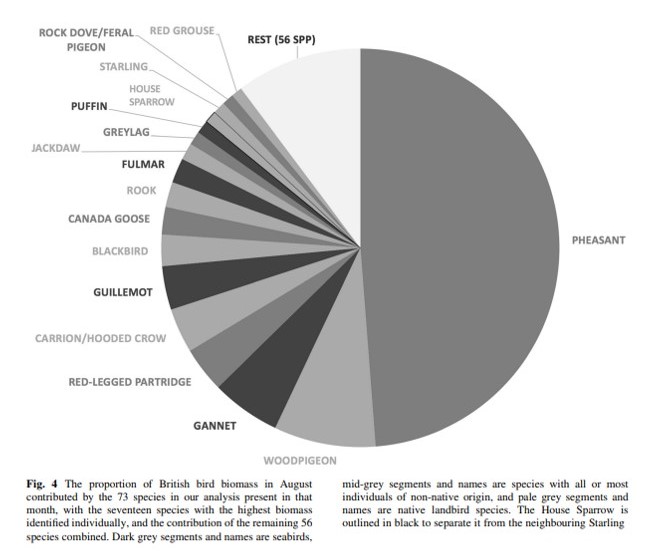 The above graphic is taken from what should be essential reading, and subsequent action, for the Statutory Agencies that are responsible for setting the policies that govern our countryside. The research paper by two highly respected scientists is free to download and is well worth a read. The full citation and link is as follows: Blackburn, T.M. and Gaston, K.J. (2021). Contribution of non-native galliforms to annual variation in biomass of British birds. Biol Invasions. The key message from the paper is that two non-native species (Common Pheasant and Red-legged Partridge), that are deliberately introduced into the British countryside annually, make up between one quarter and one half of the total avian biomass depending on the time of year. Maybe this shouldn’t be too much of a surprise given that there are in the region of 50 million Common Pheasant and Red-legged Partridge released into the countryside each year so they can be shot. Given such numbers, whether you use individual birds or biomass, it is inconceivable that there is no wider ecological impact of releasing a non-native species on this scale.

It’s rather pertinent that this research is published in a journal called Biological Invasions, as that is exactly what the release of non-native species should be seen as. The Common Pheasant/Red-legged Partridge issue is a little different to that of the Ring-necked Parakeet, but the underlying principle of a non-native species having an ecological impact is highly relevant. Apparently, Defra are considering a cull to limit the spread of the non-native Ring-necked Parakeet due to their ecological impact. Given the growing concerns regarding the potential (and real) ecological impact of non-native Common Pheasant and Red-legged Partridge releases (which are virtually unregulated) it will be interesting to see what the Defra approach will be. If Ring-necked Parakeets are out of control then so must be the Common Pheasant and Red-legged Partridge?