Poisoning of raptors in the UK – time to send in the dogs?

Poisoning of raptors in the UK – time to send in the dogs? 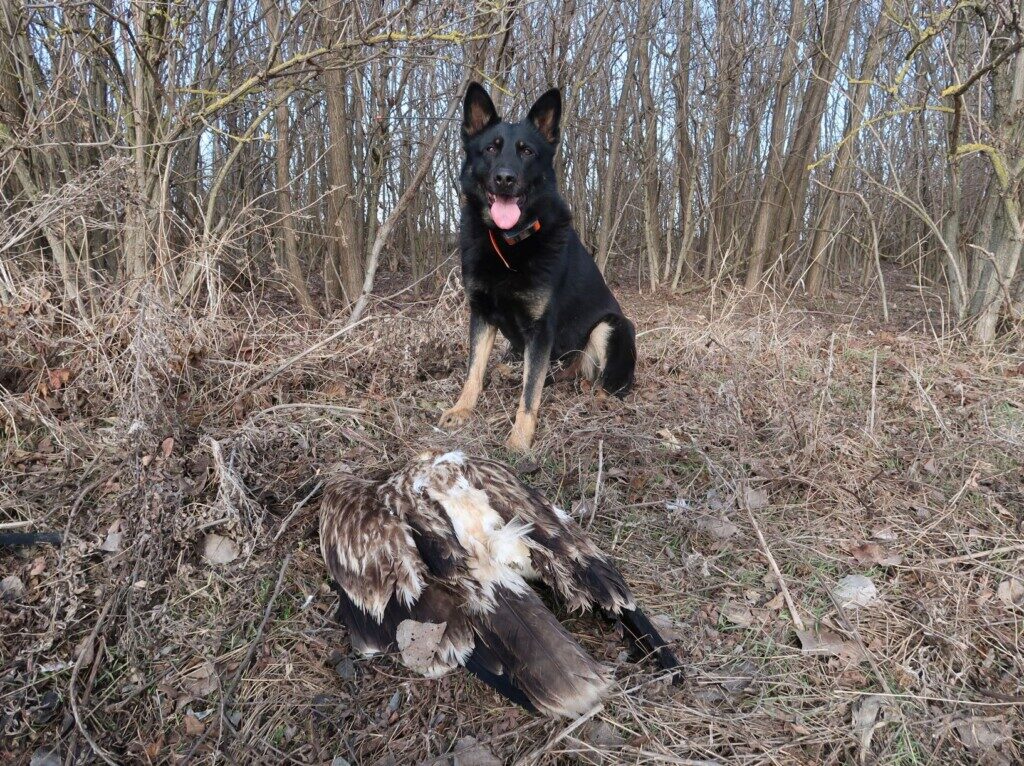 The use of detection dogs to help tackle the abhorrent practice of illegal poisoning seems to be relatively widespread in many parts of Europe. Specially trained dogs have been used to locate poisoned baits and carcasses in Spain and Italy for more than a decade. They’ve been successfully used in Bulgaria and Greece too. Now a scientific paper has just been published that shows how successful the use of detection dogs has been in Hungary (the dogs were also used in the Czech Republic, Austria and Slovakia). Given the successes from around Europe, an obvious question is why isn’t such an approach being used in the UK to help tackle the ongoing problem of illegal raptor persecution? We know from the most recent RSPB Bird Crime Report 2019 that poisoning is still a problem. RSPB Investigations recorded 85 confirmed raptor persecution incidents in 2019 of which 25 involved the poisoning of Red Kites, Buzzards and Peregrines (and a further seven poisoning incidents involving non-raptors). These will be just the tip of the iceberg as many more incidents will go undetected.

In Hungary, dog training was undertaken by the Service Dog Training Centre of the Hungarian Police – given the use of dogs for other police work here in the UK, then the infrastructure already exists for such an approach to be adopted to tackle raptor persecution. The dogs were trained to detect decomposing carcasses (which presumably would also help in locating individuals not killed by poison – eg shot raptors?) and certain poisons (in the Hungarian project, Carbofuran and Phorate). According to the RSPB data in the Bird Crime Report, Carbofuran is often recorded as the poison of choice).

The Poison and Carcass Detection Dog unit (PCDD) worked closely with Hungarian Anti-Poisoning Working Group, which included representatives from all ten Hungarian National Parks. There are some obvious similarities in relation to what could be implemented in the UK. Wouldn’t a PCDD unit be a valuable addition to the work of the National Wildlife Crime Unit? Wouldn’t the CEOs of the Peak District, North York Moors and Cairngorms National Parks welcome the option of being able to call upon a specialist dog unit each time another raptor goes missing within their park boundaries?

The Hungarian PCDD had an agreed working protocol and initiated searches categorised as follows:

For me at least, a stand out result of the PCDD work in Hungary is the high detection rate. One of the dogs, Falco, undertook 893 searches and made 392 finds related to pesticide poisoning (victims and baits together). A second dog, Carlo, undertook 177 searches with 61 recorded finds. That sounds like an impressive success rate. The PCDD also helped detect other wildlife crime not linked to poisoning including carcasses of Buzzards, Goshawks and Ravens that had been illegally shot – a common occurrence in the UK.

Some examples of poisoned baits found during searches (Gábor Deák)

The discussion section of the research paper makes some key points and I’ll include some of these here:

“The findings of the unit greatly facilitated the number and efficiency of police investigations, and significantly increased the chances of prosecution in wildlife poisoning cases.”

“There were no convictions in wildlife poisoning cases in Hungary between 2008 and 2014, but seven offenders in five prosecution cases were convicted in 2015-2016” (ie once the PCDD unit was up and running).

“The high efficiency of such dog units in poison detection and in other conservation applications makes the probable use of this method likely to be increasingly widespread to address a variety of conservation and biological problems in the future, not just in Hungary and neighbouring European countries, but also in other parts of the world.” 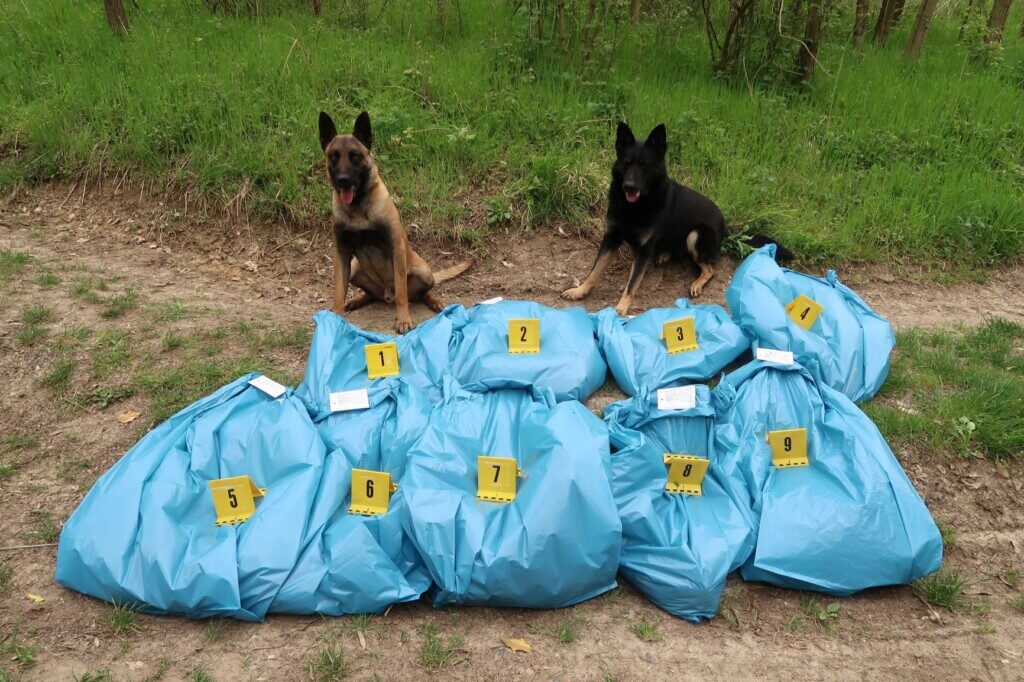 The abstract is as follows: In Hungary, during the 2000s, pesticide poisoning became the most important threat for raptors, especially for the globally threatened Eastern imperial eagle (Aquila heliaca). In September 2013, with a focus on carbofuran and phorate, the first poison and carcass detection dog (PCDD) unit was formed in Hungary with a specifically trained detection dog and handler. Two more dogs were subsequently trained and joined the unit in 2017 and 2020 respectively. Between its inception until August 2020, the PCDD unit conducted 1,083 searches in five countries, which revealed 329 poisoned animals of 15 bird and nine mammal species, 120 poisoned baits and five pesticide products. Globally threatened species, including eight Eastern imperial eagles and four saker falcons (Falco cherrug), were among the detected victims. Present at 66.45% of wildlife poisoning events, the unit revealed 37.87% of the victims and 79.70% of the poisoned baits known in Hungary during the period 2013-2020. Compared to human surveys, the PCDD unit demonstrated a significantly higher find rate for poisoned baits. At 22 poisoning events (14.38% of all cases) only the PCDD unit revealed victims or poisoned baits; cases that would probably have gone undetected without the PCCD unit. Of the two focal pesticides, carbofuran was more frequently detected – in 88.56% of the positive samples. The unit played a significant role in detecting and combating wildlife poisoning incidents by deterring potential offenders and facilitating police investigations through retrieval of evidence otherwise difficult to obtain.

Given the success of the Poison and Carcass Detection Dog unit in Hungary, and similar units elsewhere in Europe, surely it is time to implement such an approach to help tackle ongoing illegal raptor persecution in the UK?