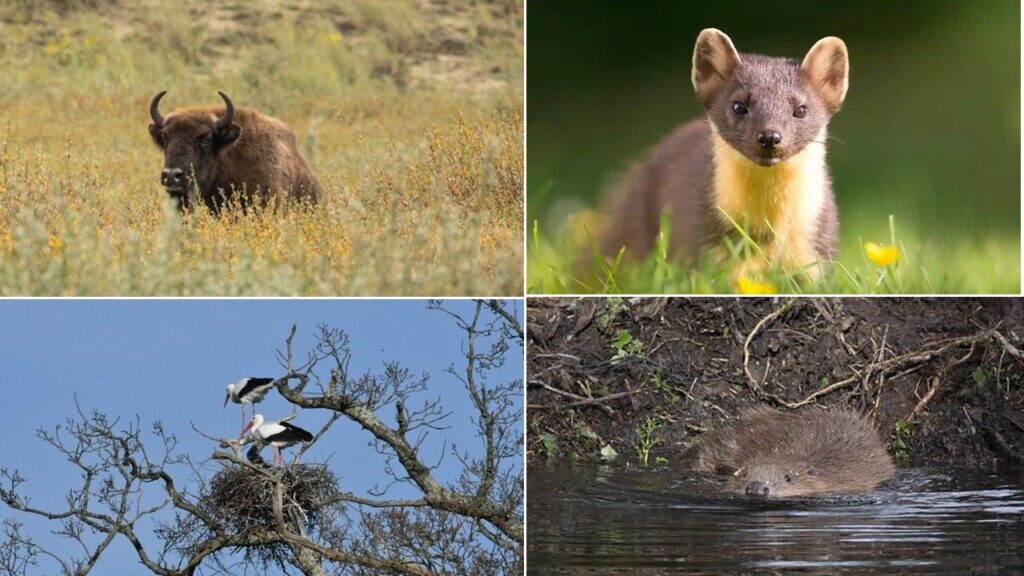 The use of reintroduction techniques to restore extirpated native species is a fantastic conservation tool.  In my mind, that we have to resort to reintroductions is a consequence of past failures to look after our biodiversity, but we live and we learn. The UK is one of the most nature-depleted countries in the world and the populations of far too many species continue to decline. There should be room for plenty of hope as we know how to ‘do’ conservation. Populations can be restored:

For many species that have been extirpated then reintroduction offers the best way to get them back (if that’s what we want), and the UK has a good track record of conservation success using this approach, although success is certainly not guaranteed. There appears to have been a lot interest in various reintroduction initiatives in recent weeks, and on my social media feeds I’ve noticed the following:

Of course there are plenty of other reintroduction projects underway too. The purpose of this short blog is not to critique any of the above projects individually, although I have to say that the Pine Marten reintroduction is for me the stand out project. Maybe it’s just me, but all of these projects just seem a little bit too random. Is there some sort of grand reintroduction strategy or plan for the UK out there? Have we lost the meaning of what a species reintroduction actually is – is putting a few individual Bison in an enclosure a reintroduction or the utilisation of a species to perform a particular ecological role? Isn’t the key ecological function that is missing from the UK a predator of herbivores? If sufficient resources were targeted at the key cause of local extinction of a given species would we need to plan costly reintroductions – a million quid and Government time spent on updating legislation to tackle illegal killing would be resources well allocated. Removing Beaver enclosures and allowing populations to naturally spread must surely be the next step, with the caveat that some individuals may have to be trapped and translocated if they set up in the ‘wrong’ place. What species will be next and why? Should we just finish the job for a few select species before moving on to the next? The Red Kite reintroduction was a success because the approach was to do a series of local reintroductions to maximise the national population spread (it has largely worked except where illegal killing remains a problem). Should ‘we’ spend the next 5 years replicating Pine Marten reintroductions across England and Wales – maybe that is the plan? Why are there so few species reintroductions being driven by National Parks?

This blog offers a few random thoughts on what from the outside appears to be an increasingly ad hoc programme of species reintroductions in the UK – maybe I’m just out of touch with what is going on in the upper echelons of the conservation world. I’m sure that JNCC, the Statutory Conservation Agencies and the conservation organisations have a UK reintroduction strategy – don’t they?