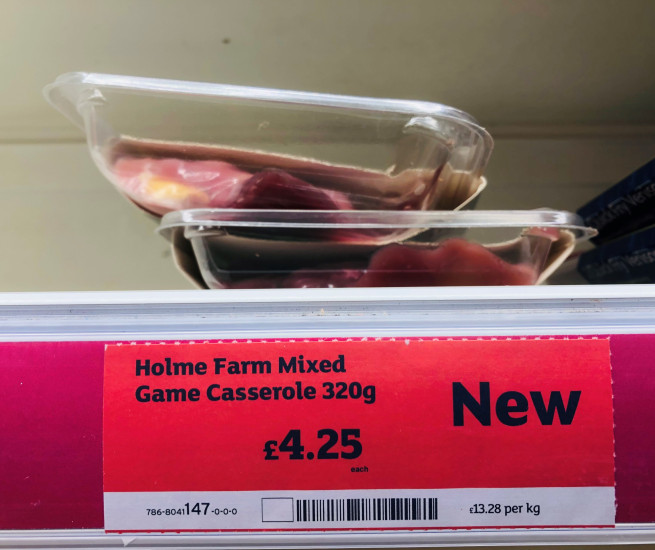 Back in November Raptor Persecution UK posted an article about a product that Sainsbury’s were selling to their customers that potentially contained toxic lead. The packaging failed to mention that the product may contain toxic lead derived from ammunition – as is typical of such products, retailers more often than not mention the words ‘may contain shot,’ but rarely say ‘may contain lead shot.’ This small 4-letter word seems so difficult for many retailers to say! Of course Sainsbury’s don’t sell leaded petrol on their forecourts because it has been banned for more than 20 years – they even call it unleaded petrol. But do they sell leaded game?

Readers of the RPUK blog were urged to contact Sainsbury’s CEO Simon Roberts at simon.roberts@sainsburys.co.uk and within a few days a standard email response was being sent out to many of those enquiries.

Given the standard response, I thought I’d also enquire and point out that I would like answers to my specific questions: 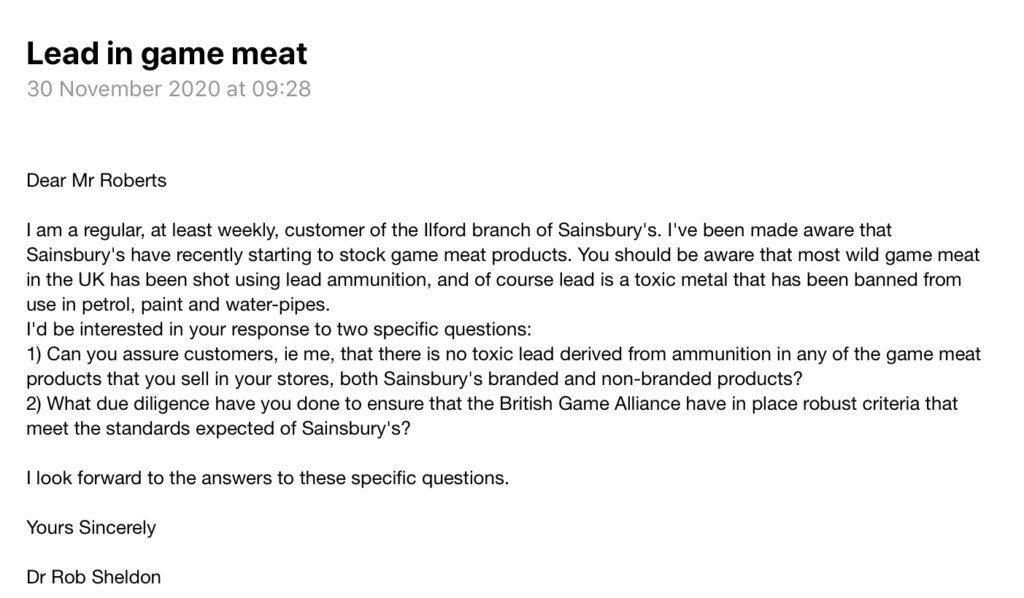 I got a reply from the CEO’s Executive Office about 8 hours later – it was the standard reply which didn’t actually answer my specific questions: 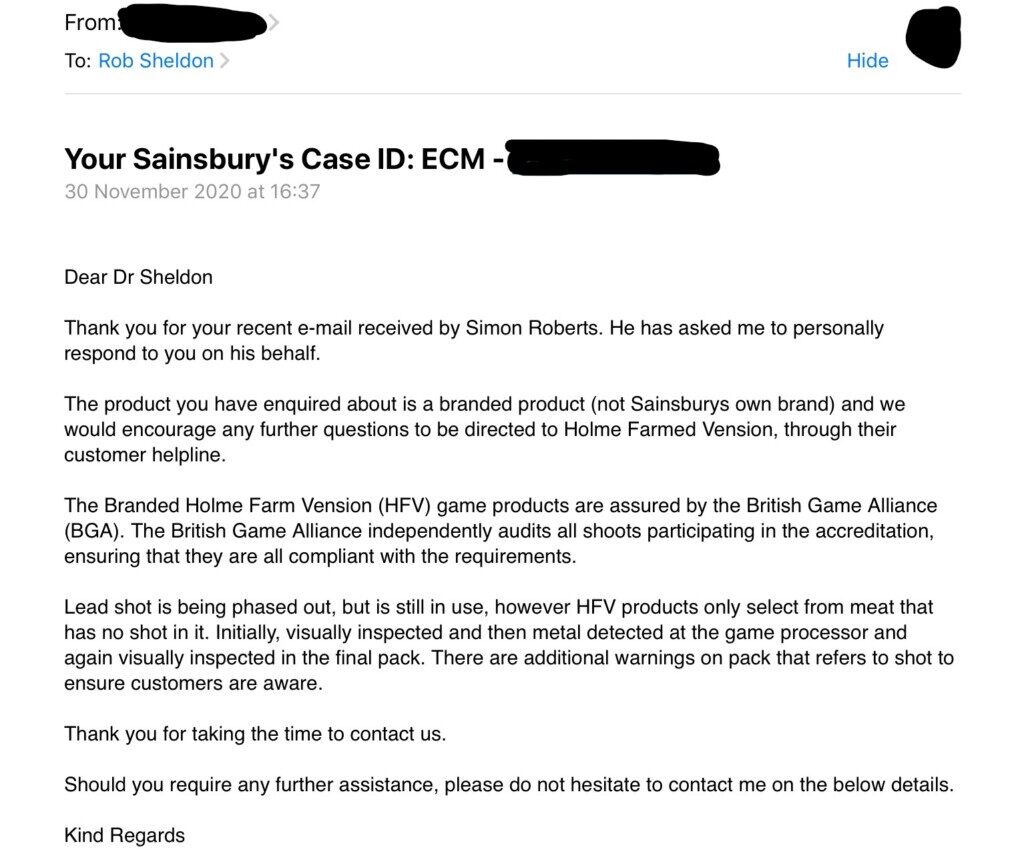 So I wrote back again the next day asking the same questions, politely pointing out that I would like an answer to those specific questions, and asking some additional ones, as follows: 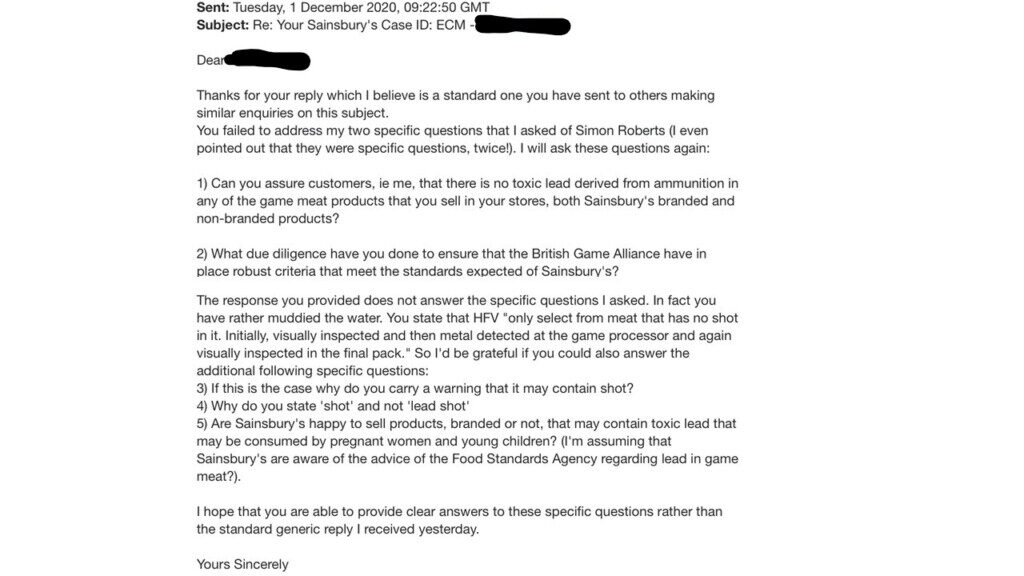 I didn’t get a reply to my follow up email of the 1st December, so I asked again a week later on the 7th. Still no reply, so I followed up again on the 14th. I got a reply about 7 hours later which again failed to answer my questions: 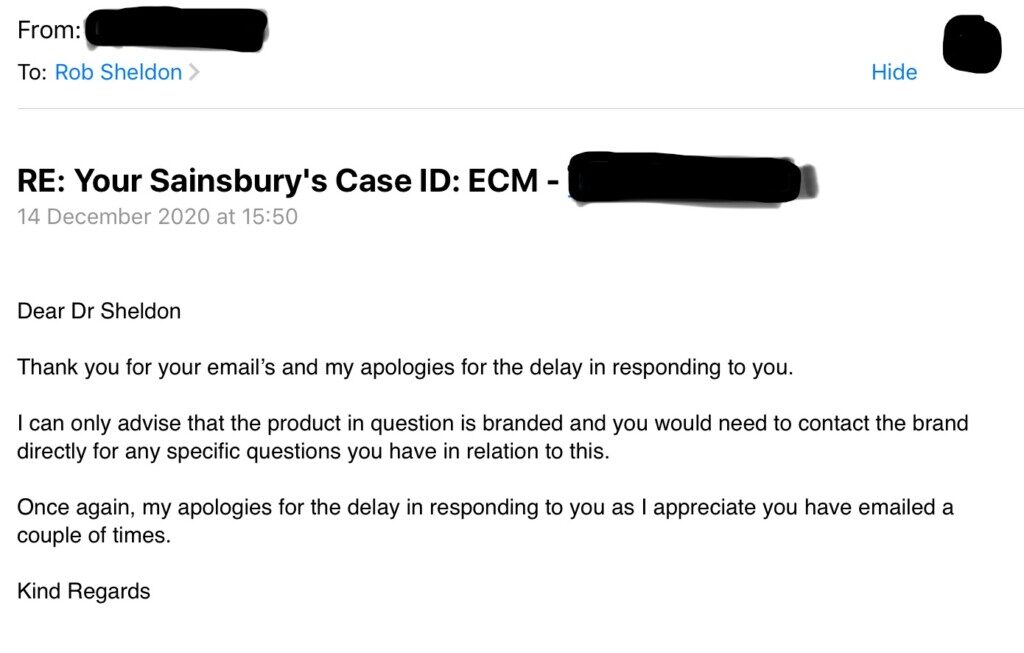 As most of my questions no longer refer to the product in question I decided to follow up again the next day (15th December): 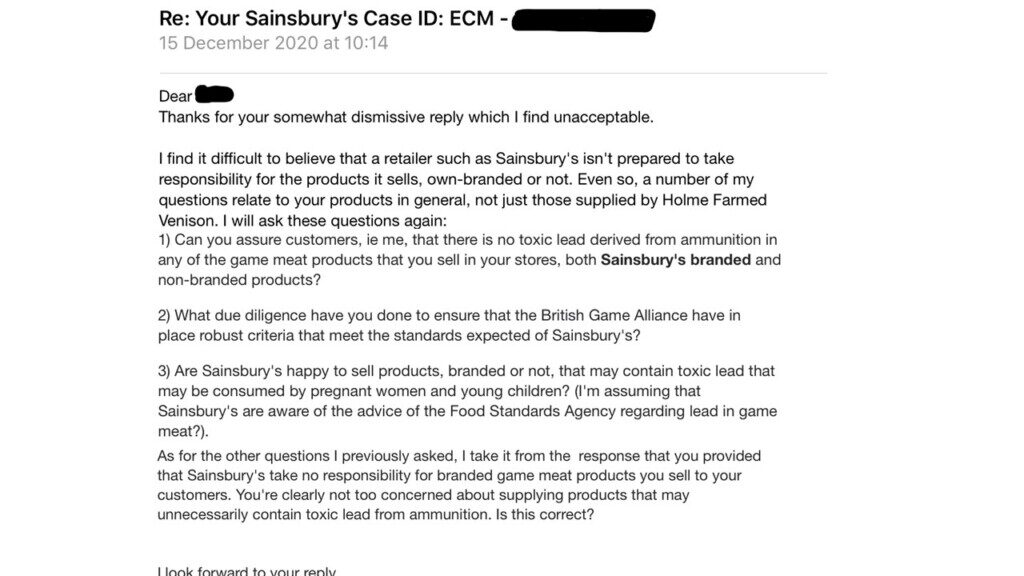 I’ve still not received a reply so I’ve sent another reminder today. I can’t understand why it is so difficult for a customer to get answers to very straightforward questions about food products that are being sold on supermarket shelves. I don’t intend to give up – 35 days and counting since my initial email.