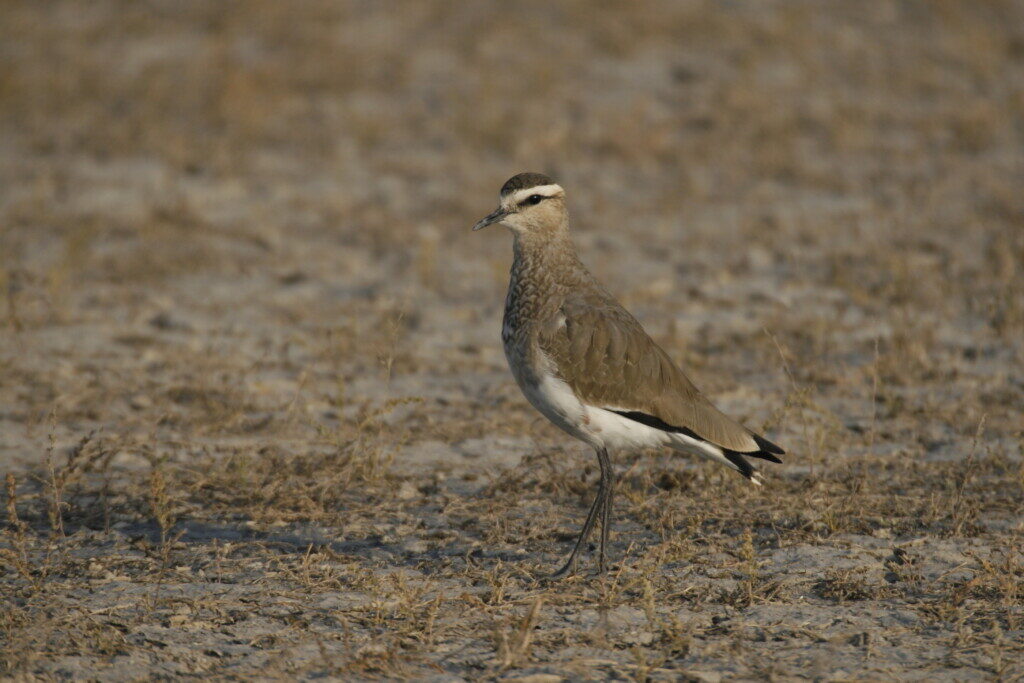 India is the final destination for some of the Sociable Lapwings that take the southerly migration route. They will have departed the breeding grounds of Kazakhstan in late August and early September, before staging on the Uzbekistan/Turkmenistan border. The final journey would see them either stay in Pakistan or continue south to the north-western part of India, primarily Gujarat and Rajasthan. Whilst there are many annual records from India, the most recent targeted surveys were undertaken by the Gujarat Ecological Society in 2010 and 2011. These were funded and supported by the RSPB as part of the “Tracking Sociable Lapwing: Conservation beyond the breeding grounds” funded by the UK Government’s Darwin Initiative.

A significant problem faced by surveyors is the huge expanse of suitable habitat that is available to Sociable Lapwings in north-western India. This, coupled with the mobility of the birds and the fact we think that on the wintering grounds they disperse into small flocks, makes them incredibly difficult to survey at this time of year. For example, in the surveys in January and February 2010 with the support of RSPB staff member, Pete Akers, there were 6 sightings of Sociable Lapwings – these were made up of one flock of 33 birds, but the others were in groups of 1-3 individuals. In the extensive habitats of Rann of Kutch and Banni grasslands, small flocks of bird can be easily overlooked. Sociable Lapwings were again recorded near Nana Bhitara in surveys in January and February 2011, which suggests there may be some element of site faithfulness in wintering Sociable Lapwings. 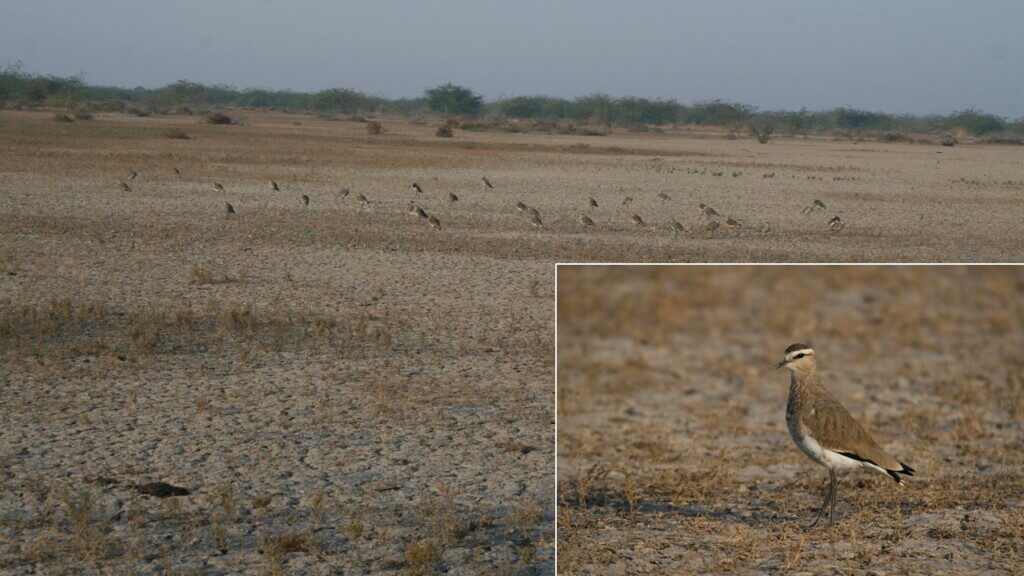 Sociable Lapwings at Nana Bhitara (Kachchh District) – they can easily be overlooked in such extensive habitat (Photo credit: Pete Akers).

As well as specific surveys there are many records of Sociable Lapwings reported via local birdwatchers and photographers. In November 2010, one of the largest flocks seen in India, comprising 90 birds was reported from Ahmedabad. Habitat use and the general ecology of wintering Sociable Lapwings are poorly understood in comparison to their breeding biology, and it is a high priority to get more individuals satellite tagged in Kazakhstan. Once tagged birds reach their wintering areas surveyors can be easily guided to their locations to monitor them.

As part of the Global Bird Weekend, Jagruti Rathod of the Gujarat Ecological Society, and other local birdwatchers are hoping to visit the areas that frequented by Sociable Lapwings. It is probably another few weeks before the birds will arrive – there are only 3 October records (out of 200) in our Sociable Lapwing database – so locating a Sociable Lapwing will be even more difficult than usual!

For more information on the Gujarat Ecological Society