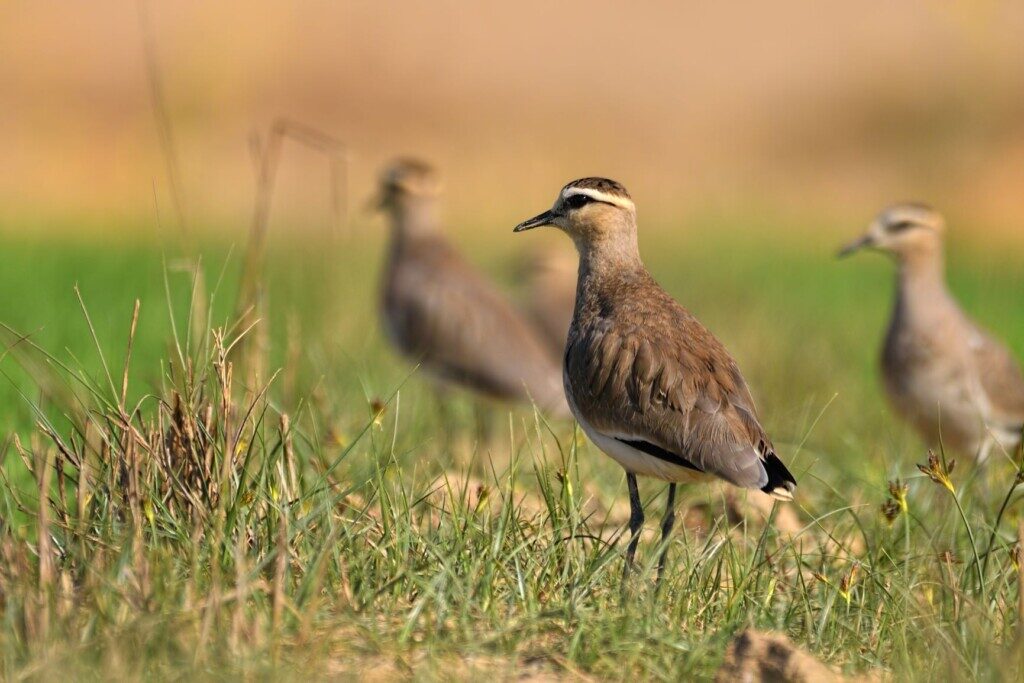 Pakistan is a key range state for Sociable Lapwings that take the southerly migration route from the breeding grounds of Kazakhstan. The birds that stage at Talimarzhan on the Turkmenistan/Uzbekistan border continue to Pakistan where an unknown proportion will winter, whilst others will continue to northern India. Given that we now know that an estimated 6000-8000 Sociable Lapwings use this flyway then there must be significant numbers of birds wintering or migrating through Pakistan.

As part of the RSPB’s programme of Sociable Lapwing conservation work, surveys undertaken by the Pakistan Wetlands Programme of WWF Pakistan in 2010 and 2011, located small flocks of birds at wetlands in Punjab, Sindh and Khyber Pakhtunkhwat.  In early 2016, survey work undertaken by the Saiban Development Organisation along the Indus River valley in Balochistan and Sindh Provinces located a record flock of 200 Sociable Lapwings. The survey teams were guided by satellite-tracking data from two Sociable Lapwings tagged in Kazakhstan in the summer of 2015 – Maysa and Tesfaye.

Subsequent survey work in the winter of 2016 and 2017 located more birds in Dadu, Sindh Province, and in Usta Muhammad, Balochistan Province. During the surveys in Sindh, two sub-groups of Sociable Lapwings were found, possibly totalling as many as 500+ birds.  Overall, 14 separate flocks were observed, ranging from 2 to 365 individuals, this latter being the largest flock recorded in Pakistan, and possibly anywhere in winter.  The survey team discussed the importance of Sociable Lapwings with local villagers who were aware of the birds and that they arrive during November, and do not leave until the last week of March/first week of April, spending much of their time on freshly harvested and ploughed fields where they eat insects and seeds. During the surveys in Balochistan, there were no sightings of Sociable Lapwings, but the local community reported 40 or so birds during November (2016).  Again the villagers were aware that they arrive late October/early November and stay only for a few weeks.  They then return in February, leaving at the end of March. The use of information from the local communities is an important part of improving our understanding of Sociable Lapwings in Pakistan. 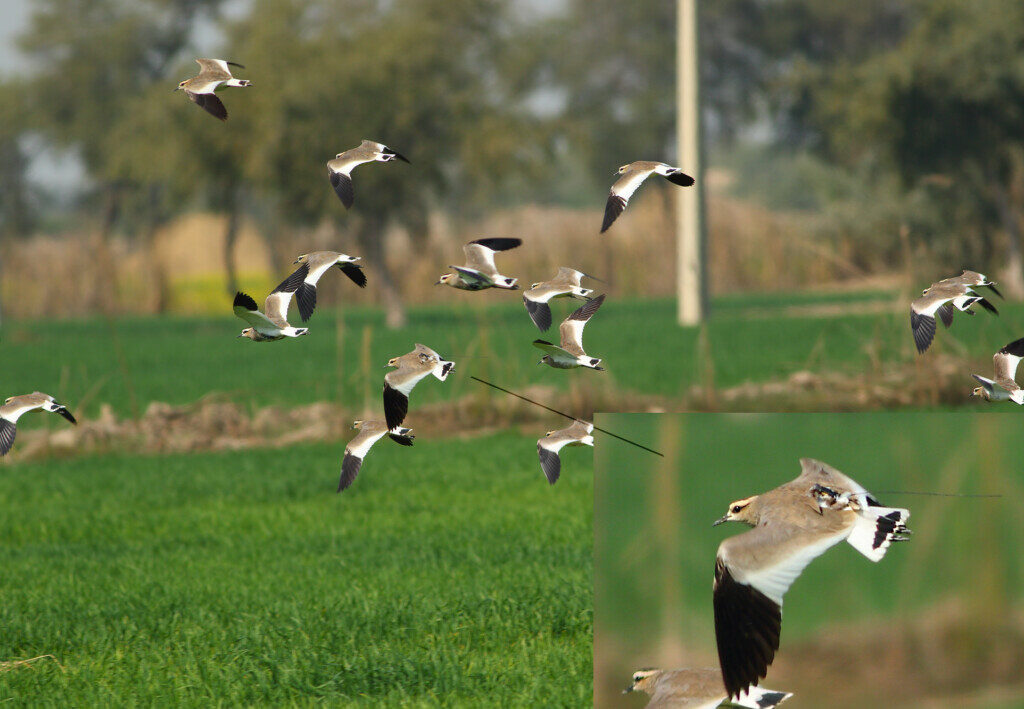 It is clear from the survey work that Pakistan is an important range state with some birds spending the winter and others just staging en route further south. The results of the survey work are currently being analysed with a view to publication in the coming months. Survey work in Pakistan has been funded by the by the Mohammed bin Zayed Species Conservation Fund and the RSPB (through Swarovski Optik and the BirdLife International Preventing Extinctions Programme). It has been a pleasure with Dr Ahmad Khan and Mr Muhammad Saleem Khan on the various projects over the years.

As part of the Global Bird Weekend, a number of bird watchers will be participating from Pakistan birding in areas that may hold Sociable Lapwings. Azan Karam will be out birding on both the 17th and 18th along the cultivated banks of Swat River in Khyber Pakhtunkhwa province. He’ll be introducing five of his university classmates to the joy of birdwatching – they’ve already done some practice birding around the university campus! Mohammad Saleem Khan will be birding the Taunsa Wildlife Sanctuary in Muzzafar Garh District, and will be assisted remotely by Dr Ahmed Khan who will be birding Artimisia Lake in Maryland USA! Birds are incredible at connecting people around the globe! Other locations will be covered including the Hingol National Park where Sociable Lapwings were recorded in 2008.