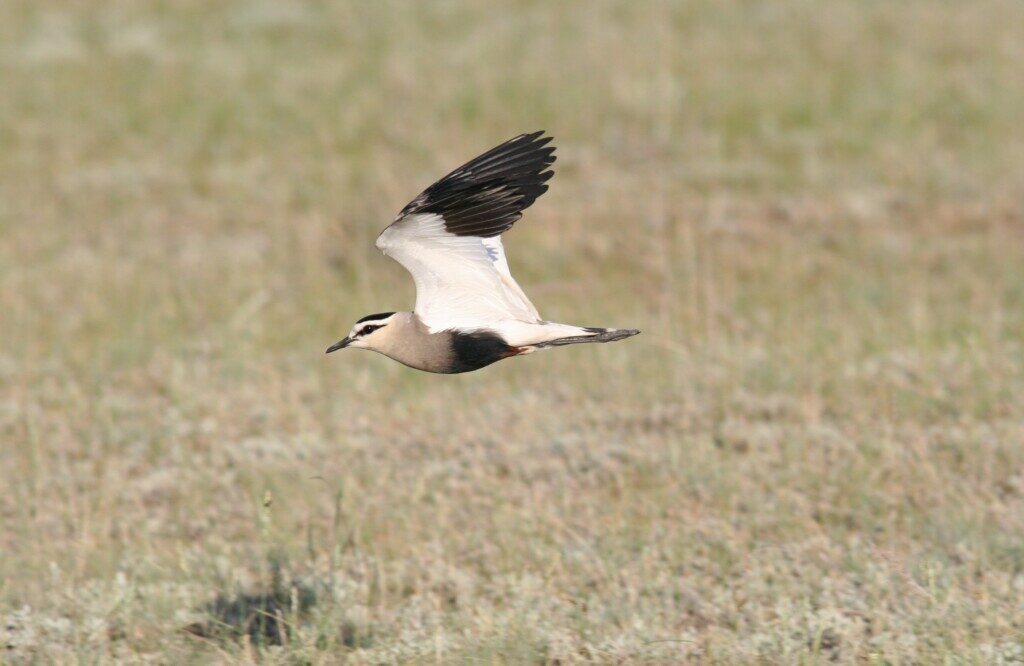 For those Sociable Lapwings using the western route, upon departing Syria the next most likely stop is the north-west of Saudi Arabia. It has long been known that Sociable Lapwings migrate through Saudi en route to Africa (Sudan) during both the spring and autumn migrations. From our historical sightings database there are just three wintering records (November or December) from the 1930s in the area of Jeddah (two of the records being single birds and the other a group of 3). In December 1990 there was a single bird near Yanbu on the Red Sea coast. So it is fair to say that wintering wasn’t common. However, with the start of the satellite tracking programme, it became apparent that wintering might be more common than previously thought. In 2010/11 one bird wintered near Al Jawf in the north-west and another bird wintered near Al Qa’arah (in 2011/12) in the west of Saudi. Another tagged bird wintered near Tabuk in 2013/14. Then in November 2015 three tagged birds were near Tabuk, Al Jawf and Tayma. All of the tagged birds were associated with irrigated pivot fields that can be seen in many parts of the Arabian Peninsula. 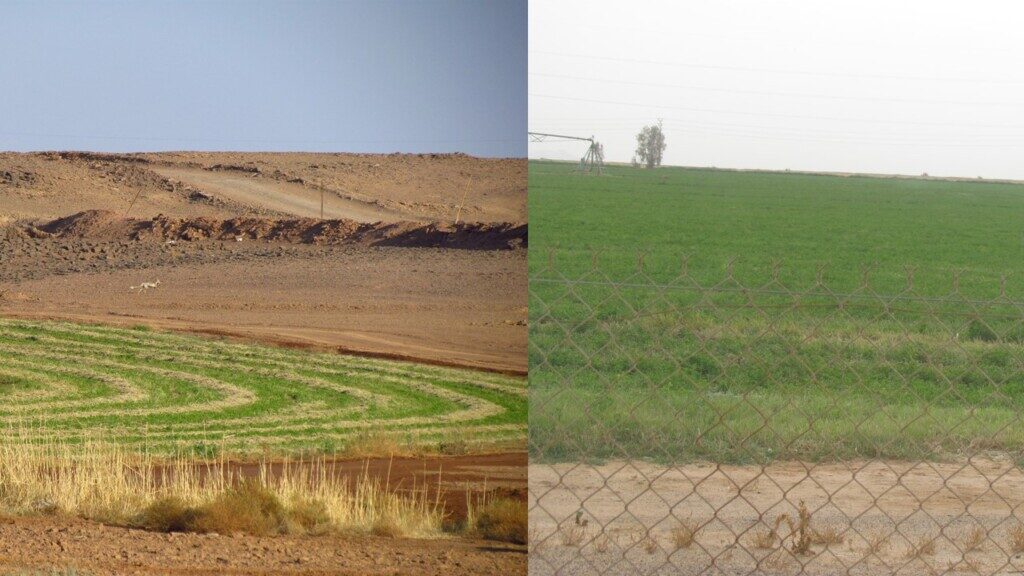 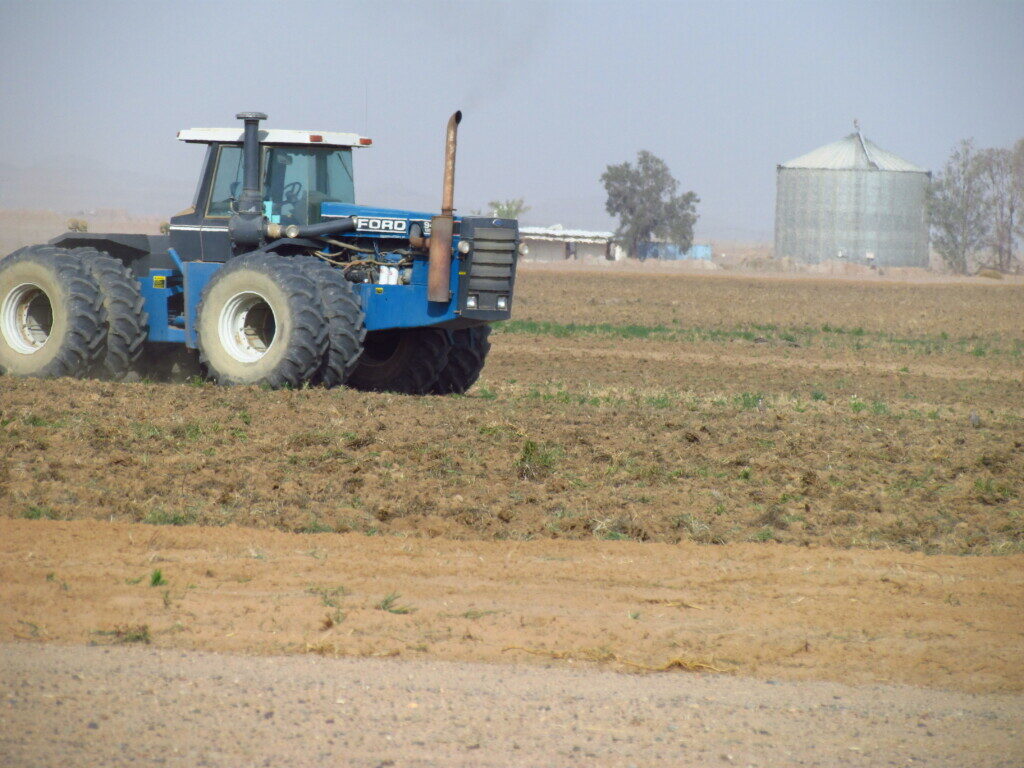 Harvested alfalfa pivot field being ploughed. Sociable Lapwings were observed following the tractor and foraging in the turned soil.

Recently, Jem Babbington and Phil Roberts have discovered another wintering area much further east, in the Eastern province of Saudi Arabia. On the 5th February 2016, 17 Sociable Lapwings were seen with a flock of 425 Northern Lapwings at Haradh. The following year, on the 13th January 2017, seven Sociable Lapwings were present, and on the 3rd February five were still present. Interestingly, the birds at Haradh were in ploughed fields searching for soil invertebrates.

Elsewhere in the Arabian Peninsula, Sociable Lapwing records are often from farms with irrigated pivot fields. Recent records from Kuwait, Bahrain, UAE and Oman are all associated with these man-made habitats. It seems likely that Sociable Lapwings, and probably other birds, have adapted to this new habitat and altered their migratory behaviour. Why continue the perilous journey south when there is an adequate food resource within these extensive pivot fields? Landsat data from NASA clearly shows this recent and rapid expansion in what must birds must see as an oasis in the desert. 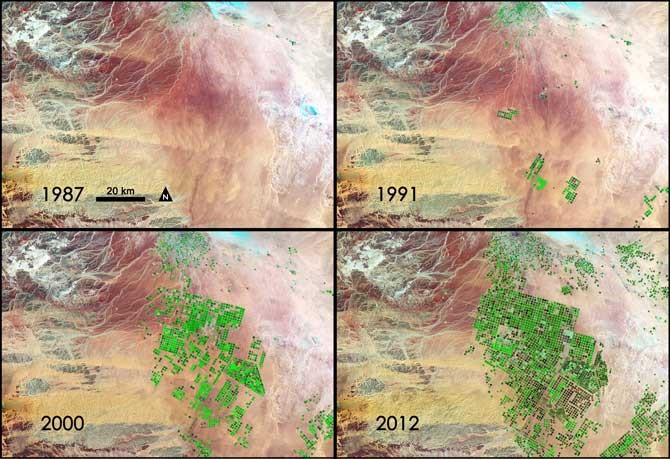 The above images are taken from the NASA website. These images clearly show the expansion in irrigated agriculture around the area of Tubarjal since 1987.

Jem and Phil will be visiting the Haradh area during the Global Bird Weekend. It might be a bit too early for Sociable Lapwings in Saudi, but the species is always surprising us! Their recent paper on Sociable Lapwings was published in the OSME journal Sandgrouse and should be freely available via the Biodiversity Heritage Library soon: Babbington & Roberts (2017). An update on the wintering status of Sociable Lapwings Vanellus gregarius in Saudi Arabia with a new wintering location in the Eastern province. Sandgrouse, 39 (172-176).