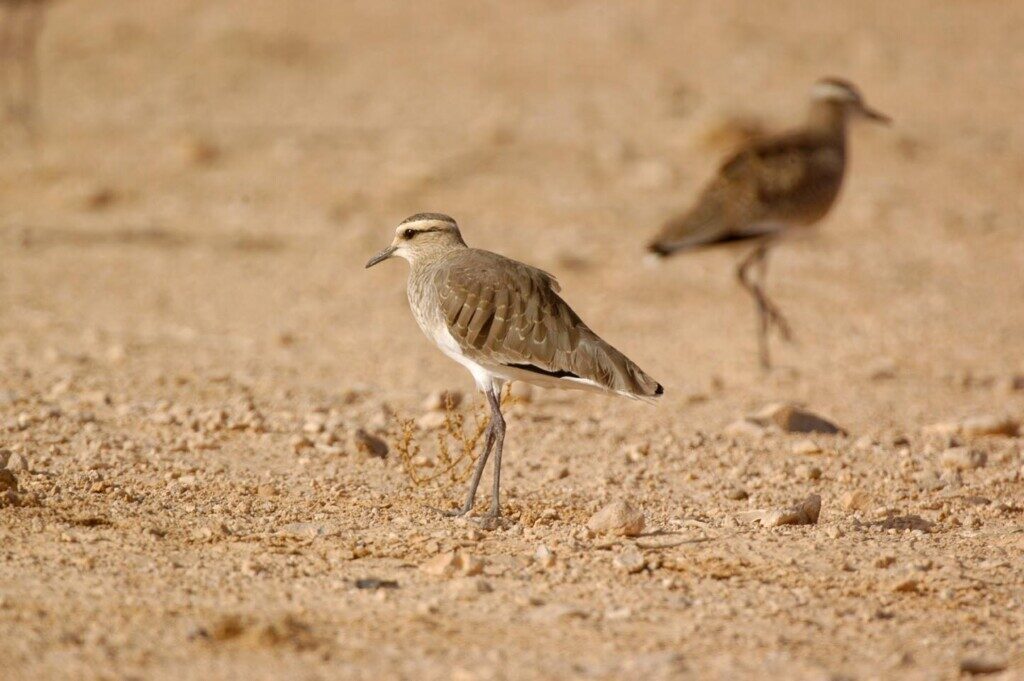 Until the recent discovery of large numbers of Sociable Lapwings using the staging site on the Uzbekistan/Turkmenistan border, it was assumed that the western migratory route was used by a significant proportion of the global population. On the western route, Sociable Lapwings head from the steppes of Kazakhstan across the north of the Caspian Sea before heading south into Russia. One of the key stopover sites is in the Manych depression, Stavrapol region, SW Russia.  This area has been monitored annually by Viktor Fedosov since 2009 and the results have just published in the OSME journal, Sandgrouse. The findings of this long-term monitoring will be part of a detailed blog next week. As part of the Global Bird Weekend, Viktor will be out looking for Sociable Lapwings in the Manych area although the peak migration has now passed – peak counts are usually in mid-September.

Sociable Lapwings then continue their journey south before reaching Turkey and northern Syria. Ceylanpinar in southern Turkey is a well-known stopover site and 3200 birds were recorded there in October 2007 – we’re still hopeful that a local team can take part in the Global Bird Weekend.

The importance of Syria (especially the north) was first highlighted by Remco Hofland and Guido Keijl working with Syrian colleagues who undertook surveys in spring 2007. They surveyed the agricultural areas of Eiwa, Al Aumair and Ar Ruweira (northern Syria) and Al Fedha (further south between Deir ez-Zor and Palmyra). They estimated between 1500-2000 Sociable Lapwings were present in their survey area. Crucially, and worryingly, they located a substantial flock of 1000 birds in close proximity to a Qatari hunting party, and several Sociable Lapwing were found killed. The team remained in the area and thankfully, no further evidence of hunting the large flock was noted. Further survey work between 2008-11 by various RSPB sabbatical staff and SSCW researchers (Syrian Society for the Conservation of Wildlife), confirmed the importance of northern Syria for migrating Sociable Lapwings. Crucially, further evidence of hunting emerged that confirmed that illegal killing was the most likely cause for the observed population declines. 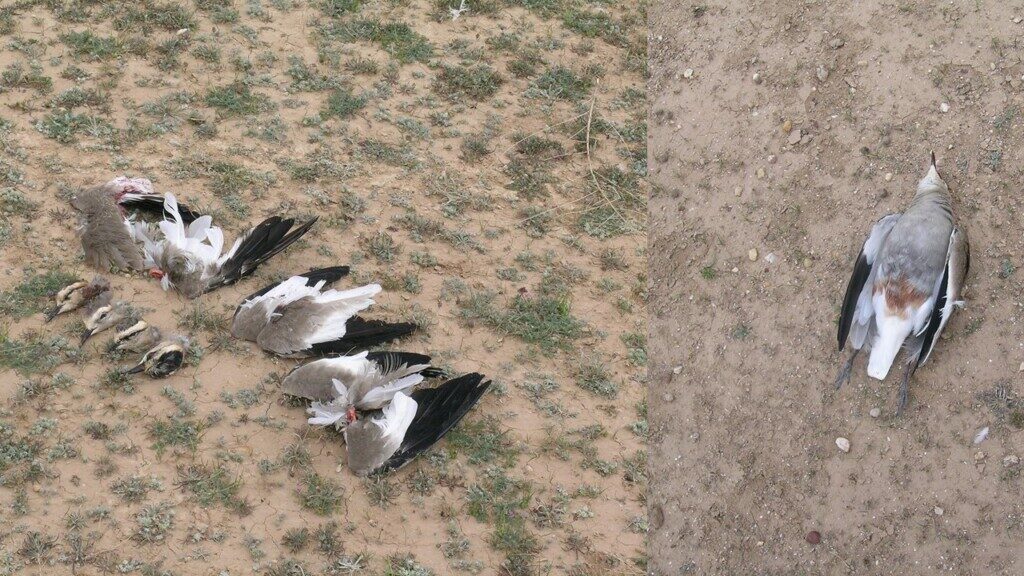 Due to the increasing evidence of illegal hunting of Sociable Lapwings, the African Eurasian Migratory Waterbird Agreement (AEWA) of which Syria is a signatory, initiated their first ever Implementation Review Process (IRP). In February/March 2010 an international team visited Syria and met with numerous local stakeholders and Government officials to discuss the problem of hunting, and proposed a series of recommendations to help protect the Sociable Lapwing. Good progress was being made on implementing the findings of the IRP until the political situation put a halt to most of the required activities. The IRP report is available on the AEWA website. As part of the Syrian Government’s commitments to Sociable Lapwing conservation they also hosted the first meeting of the AEWA Sociable Lapwing International Working Group (SLIWG) in March 2011. The meeting was held in Palmyra and assessed progress with the objectives and activities outlined in the (at the time draft) AEWA Single Species Action Plan. 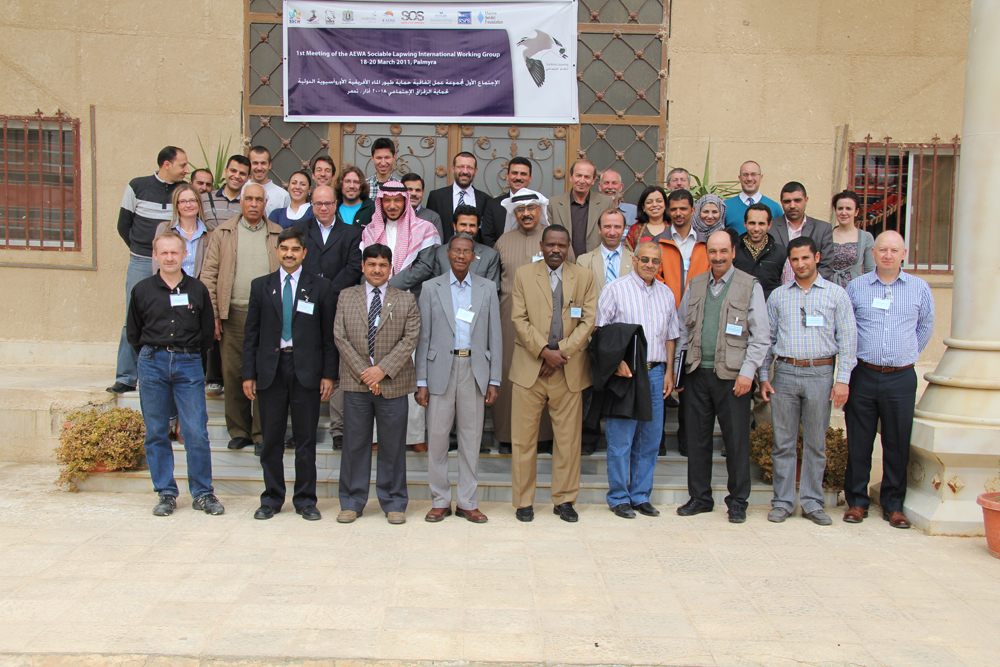 A huge thanks to my Syrian colleague Nabegh Ghazal Asswad who has been liaising with SSCW to arrange for teams to take part in the Global Bird Weekend. The current situation in Syria makes birding especially difficult, but this is the latest from Nabegh – “SSCW has put its plans in place and applied for the needed permits to deploy a team of four people to areas where the Sociable Lapwing was reported in spring 2010. The SSCW Field Team: Ahmad Qawi, George Daoud, Maher Dayoub and Yaseen Mejawer are to go birding in the Jabboul Area (an IBA and the only Ramsar Site in Syria) and its surrounding areas trying their luck looking for this amazing bird on Saturday 17th 2020. They will be going birding also on Friday 16th for the same cause, but at different areas of the country (the central areas near Hama, the northern parts near Aleppo, the Southern areas near Damascus and the coastal area in Latakia. Even though in the latter it is unlikely to see the Lapwing, but will be concentrating on the migratory birds heading south towards wintering grounds in Africa and Arabia. It would be pity that they will not be able to go to areas that the lapwing was reported from in the last decade due to clearance and security issues, but the efforts will be devoted to this species hoping that the near future such fieldwork would be feasible in these northern and eastern areas of the country.”

I’ve had the privilege of liaising with many Syrian colleagues since work began in that country in the mid-2000s. Syria is one of the most amazing countries I have ever visited – thanks to (amongst others) Dr Akram Eissa Darwish, Osama Al-Nouri, Ahmad Aidek, Mahmoud Shaiesh Abdullah and Ahmed Abdullah – I hope that one day soon, together, we can search for Sociable Lapwings in northern Syria.

Over the years the various strands of the Sociable Lapwing research, monitoring and conservation efforts have received funding from a wide-range of sources including the RSPB, the UK Government’s Darwin Initiative (here and here), Swarovski Optik (the BirdLife Species Champion for Sociable Lapwing) through the BirdLife Preventing Extinctions Programme, the African-Eurasian Waterbird Agreement (AEWA) and the German Ornithological Society (DO-G), the Mohammed bin Zayed Species Conservation Fund (MBZ) and the Ornithological Society of the Middle East, the Caucasus and Central Asia (OSME).