The Countryside Code – have your say

The Countryside Code – have your say 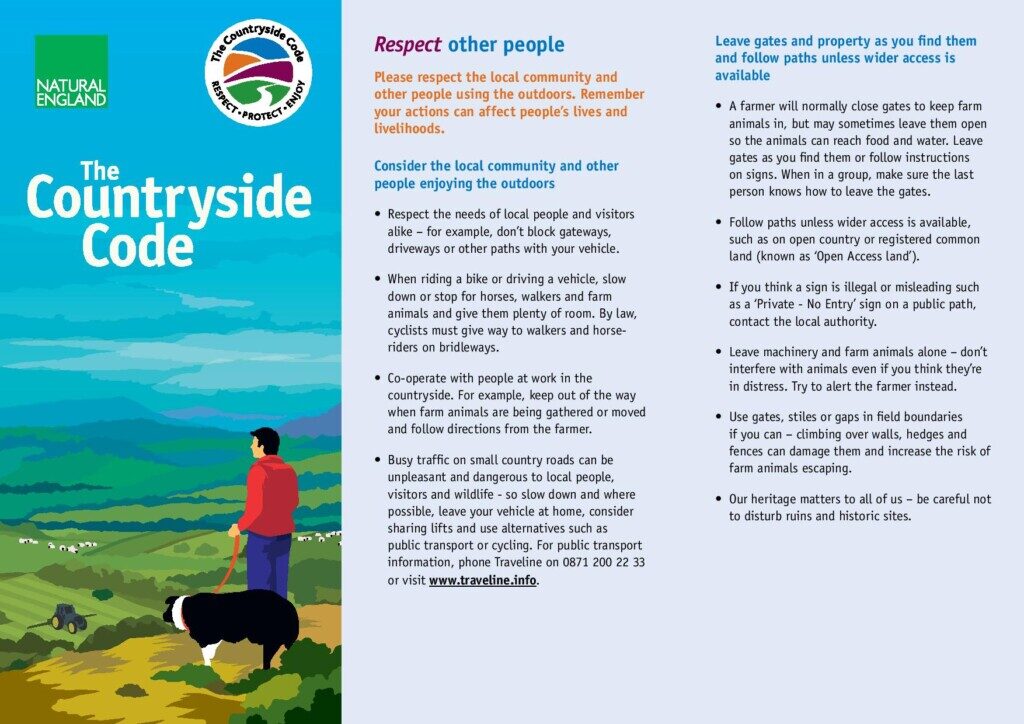 During the coronavirus pandemic the number of people visiting the countryside has soared, and this has resulted in many instances of inappropriate behaviour, including littering, barbecues, inconsiderate parking and so on. Back in the summer I remember seeing various social media messages from many wildlife NGOs highlighting the potential damage that irresponsible visitors were causing to wildlife and habitats. There was much talk of the Countryside Code.

The Countryside Code is actually pretty good (in my opinion).

You can view it here, including a short Covid-19 version.

Apparently, Natural England have spent just £2000 (every 18 months) promoting the code in the last decade, which may partly explain why so few people appear to have read it. Contrast that with New Zealand – they’ve spent $8million on promoting responsible camping!).

Natural England are currently running a consultation on the Countryside Code. I’ve just completed it and it takes about 20 minutes. Personally I don’t think the Code needs to change too much – it just needs better promoting. I do wonder if there should be an additional version for urban greenspace. My local birding patch of Wanstead Park and Flats saw a massive increase in users during the spring/summer of 2020, something which has continued to the current time. This in itself shouldn’t be a problem if users behave responsibly, but it is clear from the sheer volume of litter, excrement (dog & human!), out of control dogs etc. that that isn’t always the case.

I’m not convinced we’re going through some Damascene conversion and reconnecting to the countryside, but the more people that enjoy and value the natural environment, this must surely be a good thing when done responsibly?

The consultation can be accessed here: https://defragroup.eu.qualtrics.com/jfe/form/SV_9sosQ0YlnPyfv3T