The slow death of Wanstead’s Exaltation of Skylarks

The slow death of Wanstead’s Exaltation of Skylarks 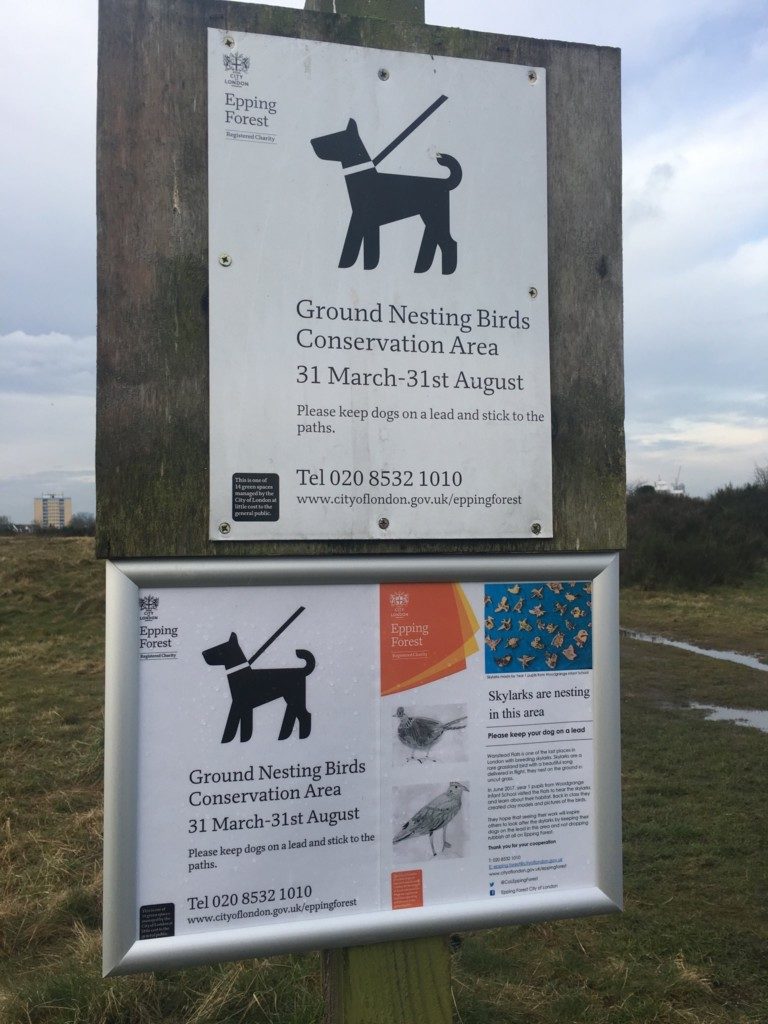 In the 1800s Skylarks used to be sold in London’s Leadenhall Market by the tens of thousands. “Lark-eating, which revolts us even more than Wheatear eating, is alas! too common and wide-spread in the country to be suppressed…..It will not soon be ended” (from William Henry Hudson quoted in The Skylark by Paul Donald). By the 1890s between 20,000 and 40,000 larks were sold in London markets alone every day! To put this in perspective, even at the lower estimate of 20,000 birds per day, a number equivalent to the entire present British population would have been consumed by Londoners in a little less than three months1. More than 100 years later, a few Londoners are on the verge of consigning one of the Capital’s last remaining Skylark populations to the history books.

The song of the Skylark is one of the most easily recognised and well-loved of all the British breeding birds. When I first started birdwatching as a child it was a song that you would hear over every field, not just one singing male, but an exaltation! The spread of intensive agriculture, especially winter cereal, has seen the breeding population decline by more than 50% since the 1970s and it is now Red-listed in the UK. There are places where you can stand on a warm spring day and you won’t hear a Skylark sing – they must be very sad places indeed. In London, there aren’t many places where you can watch a male Skylark ascending to dizzying heights whilst singing his virtuoso song. One of those few remaining places is Wanstead Flats. The Flats has a pretty impressive list of birds that have occurred there over the years, observed and documented by a dedicated bunch of local birdwatchers – their web-site – Wanstead Birding has a wealth of information. It even has a web-page – “iconic birds” – dedicated to the Skylark. Not so long ago, in 2009, there were 16 Skylark territories on the Flats – pretty impressive for an area with only a few 10s of hectares of suitable rough grassland habitat. It must have been quite magical listening to 16 male Skylarks singing on a calm, sunny spring morning on Wanstead Flats in 2009. Since then they have been declining year on year – last year there were just 3-4 territories. Tim Harris has been putting a lot of effort into establishing their numbers this year and so far 4-5 territories looks like the breeding population for 2018. We are at the point where in the next few years the song of the Skylark will disappear from Wanstead Flats, maybe from the whole of London.

Why? The problem on Wanstead Flats isn’t intensive agriculture. The Flats has an area of rough grassland that looks like pretty good habitat for nesting (and feeding) Skylarks. Lots of tussocky grass in which to hide their nests and raise their young. Skylarks lay 2-6 eggs (usually 3 or 4) and incubate them for about 10-13 days. Chicks leave the nest after about 8 days but the parents continue to feed them until they are about 20 days old (they can then pretty much fly). I haven’t estimated how much suitable Skylark nesting habitat there is on the Flats, but I doubt that habitat is currently limiting – although the rough grassland does need management to keep the vegetation turning to scrub. At the heart of the problem seems to be disturbance – the Flats are enjoyed by a large number of local residents, all with their own demands of this small patch of green space. Footballers, joggers, those just enjoying a walk with their family, birdwatchers and dog-walkers. During the nesting period from the end of March until August, ground-nesting birds such as the Skylark can be very susceptible to disturbance. That disturbance can come in many forms, but one of the main ones on the Flats and as far as the Skylark is concerned, is dogs, or more correctly dogs off the lead and running in areas where the Skylark has laid their 3 or 4 eggs. Dogs off the lead are an everyday hazard when we’re out birdwatching on the Flats – on many occasions I’ve had dogs jumping up at me; “he likes you,” “he’s only playing.” Over the last few weeks as the Skylarks have been singing more and more, I’ve witnessed dogs running through the Skylarks preferred nesting areas, I’ve seen a pair of Skylark flushed by a wandering Collie. Scenes observed by all the Wanstead birders on a daily basis.

It is a problem that the City of London, owners of Wanstead Flats and the wider Epping Forest are aware of. Over the years they have put up signs politely asking that dogs are kept on a lead during the breeding season. They are strategically placed so that it is difficult to not notice them. Dogs regularly run passed them, off the lead! Recently some new signs have been put up, partly designed by local school kids – a welcome initiative in the struggle to keep Skylarks singing over Wanstead Flats. “In June 2017, year 1 pupils from Woodgrange Infant School visited the Flats to hear the Skylarks and learn about their habitat. Back in class they created clay models and pictures of the birds. They hope that seeing their work will inspire others to look after the Skylarks by keeping their dogs on the lead in this area…..” Wouldn’t it be sad if in a few years’ time, Woodgrange schoolchildren could no longer hear the wonderful sound of Skylarks on Wanstead Flats? 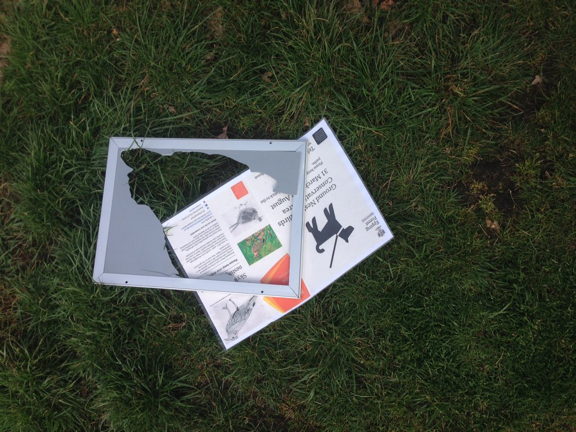 What is particularly frustrating is to see some of the signs that the children had helped design recently damaged. An act of vandalism, or a not so subtle message from those unwilling to control their dogs in a small area of Wanstead’s public space? A number of the Wanstead birdwatchers have politely asked some dog walkers to keep their dogs on a lead – they are usually met with a volley of abuse. Is it really too much to ask to have dogs on a lead in a public space that is supposed to be used by everybody? Could the City of London designate certain areas ‘dog exercise zones’ where dogs can run freely, elsewhere on a lead? Should owners be fined for having dogs off the lead? Or should we just preside over the inexorable slow death of Wanstead’s exaltation of Skylarks? Londoners no longer eat Skylarks, but their impact is just as devastating.

1Quote taken from the Poyser monograph of The Skylark by Paul Donald (2004).