Rather like buses, you wait for a research paper on the effects of toxic lead ammunition on raptors to be published and then two turn up at once. Or in this case, four!

First, a systematic review and meta-analysis of lead contamination in European raptors. Not surprisingly they found a high level of lead contamination, especially in scavengers. They also found that three species that occur in the UK (Red Kite, Common Buzzard and White-tailed Eagle) were amongst those that showed the highest prevalence of exceedances (see my previous blog and the open access paper).

Second, an excellent paper published in the scientific journal Environmental Pollution showed that for Buzzards (in the UK) lead levels in the liver matched the gamebird hunting season, and the isotopes matched those used in shotgun pellets (see my previous blog and paper summary).

A third study focussing on birds of prey in Spain has recently published in Science of the Total Environment. This research used two methods to collect samples; passive (from birds of prey found dead) and active (catching birds of prey and taking blood samples). Passive monitoring results showed some species had lead levels (in liver sample) associated with severe clinical poisoning – Eurasian Griffon Vulture (27/257 = 10.5%), Golden Eagle (4/38 = 10.5%), Northern Goshawk (1/8 = 12.5%) and Red Kite (1/132 = 0.8%). Using the active monitoring approach, the results showed a startling level of contamination for the Eurasian Griffon Vulture with 87 out of 118 (73.7%) individuals having abnormal lead levels in the blood. Abnormal blood lead levels were also reported for Bearded Vulture (1/3 = 33.3%), Spanish Imperial Eagle (1/6 = 16.7%) and Red Kite (1/18 = 5.6%). Surprise, surprise the paper also shows that lead levels are higher at the end of the main hunting season which suggests that exposure is linked to toxic lead ammunition. The study also documents the first records of severe lead poisoning in Bonelli’s Eagle, Northern Goshawk and Marsh Harrier. 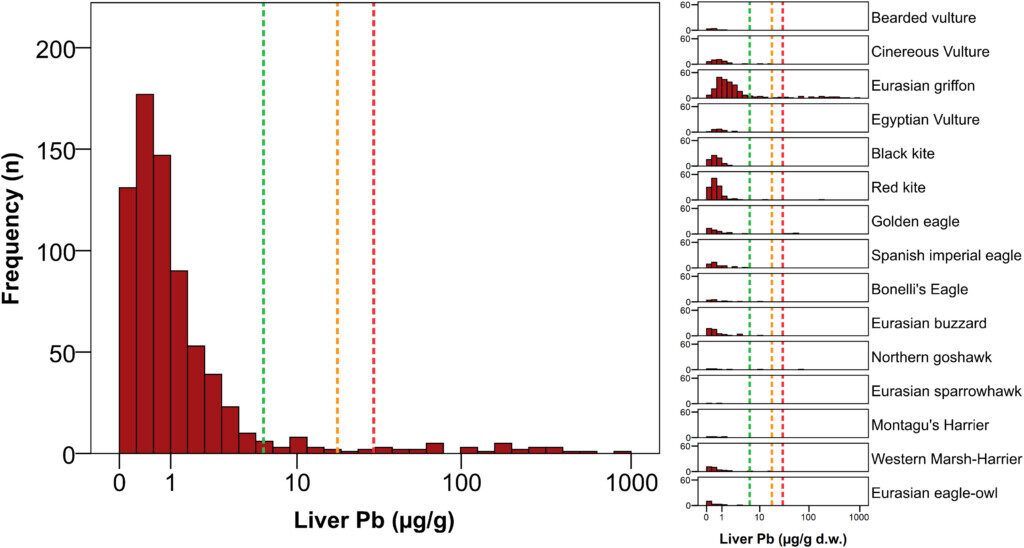 Figure 1. Graph shows the lead concentrations in 727 liver samples collected as part of the passive monitoring of birds of prey in Spain between 2004 and 2020. Anything to the right of the red hatched line are samples with potentially lethal levels of lead. (Source: Figure 2 from Descalzo et al (2021)).

Finally, another paper just published in the peer-reviewed scientific literature looked at the winter diet of the Greater Spotted Eagle in El Hondo Natural Park, south-east Spain. Regurgitated pellet, prey remains and field observations were used to assess the diet. Using the pellets and prey remains the study also looked at the presence of lead ammunition. Interestingly, ammunition was found in 11 out of 26 regurgitated pellets; 7 of which were lead and 4 were steel (non-toxic alternative to lead). The authors conclude that ‘factors such as feeding behaviour, the large space–time overlap between the raptor presence and the waterbird hunting season and non-compliance with the ban on the use of lead ammunition are likely contributing to high lead exposure (in Greater Spotted Eagle).’ 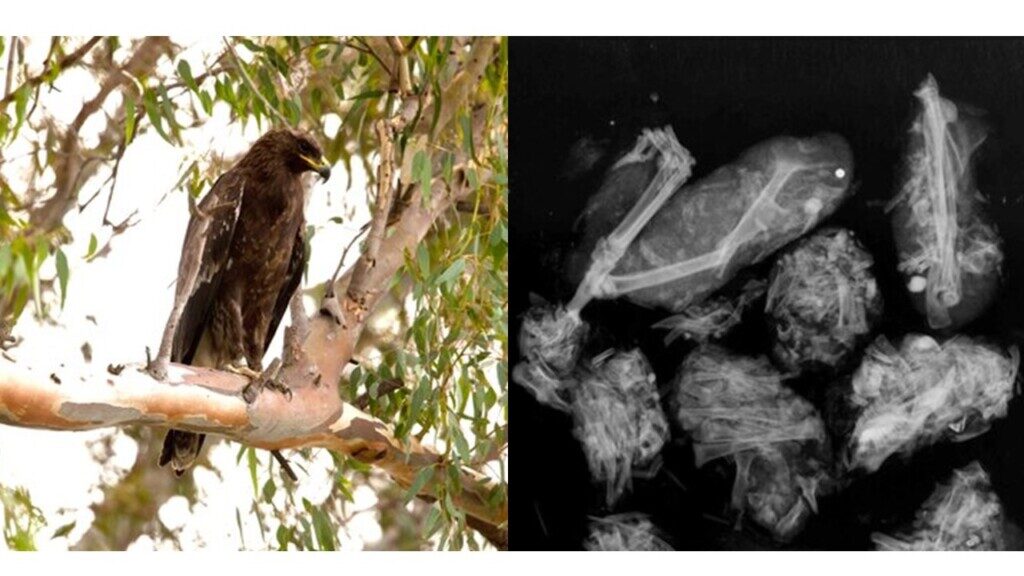 That’s four scientific research papers in a matter of weeks. All showing that birds of prey, including species that occur in the UK (Golden Eagle, Buzzard, Red Kite, Goshawk and Marsh Harrier) are at risk of exposure to toxic lead, most likely through ammunition used in hunting. You only have to look at the reference sections of each of these papers to realise that the mountain of evidence all points towards one conclusion – that the use of toxic lead ammunition needs to be phased out (banned) – sooner rather than later.

Photo credits: Header image of a Golden Eagle by Juan lacruz and is licensed via a Creative Commons Licence. Greater Spotted Eagle and radiograph via Juan Manuel Pérez-García (@JuanMa_PerGar)