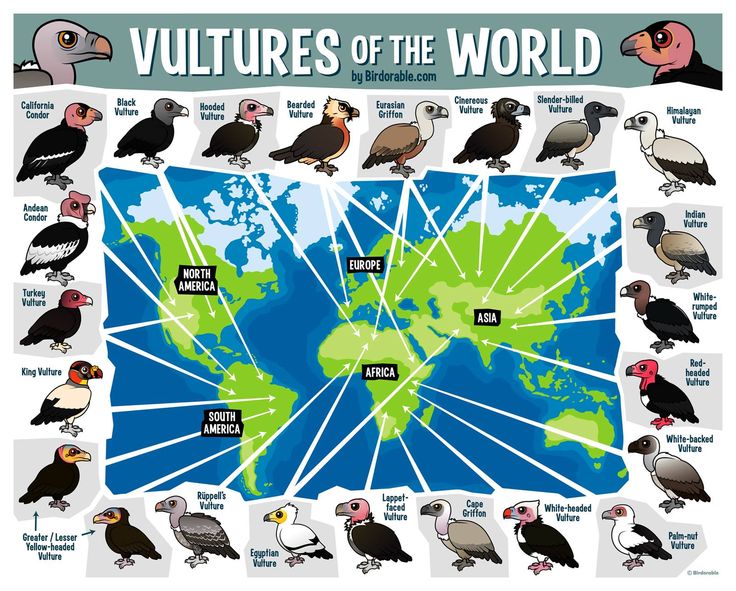 Vultures, and specifically those considered as Old World Vultures (Asian, African and European), are amongst the most threatened groups of birds in the world. There are 16 species of Old World Vultures of which 11 are at a high risk of extinction (8 are categorised as Critically Endangered and 3 are Endangered). Without urgent conservation action, it is likely that many of these species will be extinct in our lifetimes. For example, the White-rumped Vulture (Gyps bengalensis) declined by about 99.9% in India between 1992-2007. In Africa, the White-backed Vulture (Gyps africanus) has declined by about 90%. A significant amount of conservation effort has been underway to save the various Asian Vulture species since the end of the 1990s, and more recently across Africa too. 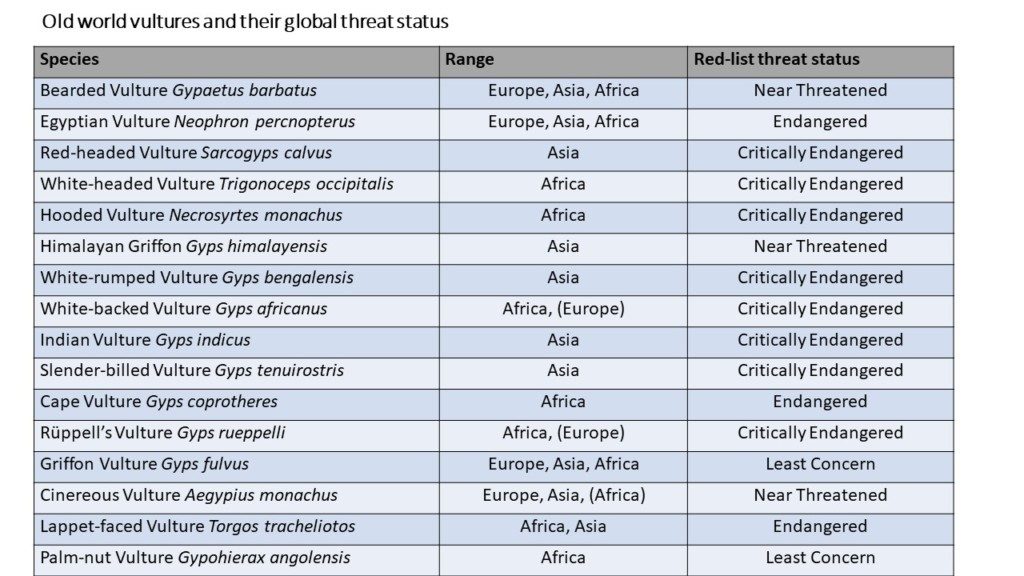 With the right political will there is no reason why these magnificent birds can’t be saved. There continued presence is important for the wider ecosystems they occupy too, as they are obligate scavengers that dispose of rotting carcasses that may spread disease. Vulture populations can be restored as is currently being witnessed across Europe with the numbers and ranges of Eurasian Griffon (Gyps fulvus) and Cinereous Vultures (Aegypius monachus) increasing. Reintroductions of Bearded Vulture (Gypaetus barbatus) are underway to restore populations across the Europe – they are even turning up in the UK!

And probably one of the most impressive conservation programmes has resulted in the California Condor (Gymnogyps californianus), once extinct in the wild, now numbering some 300 wild birds.

As part of the recent International Vulture Awareness Day 15 research papers are being made freely available to view. I’m not sure if this is a permanent arrangement or whether sharing knowledge for the benefit of conservation is time restricted. The papers cover a wide-range of species and issues and are well worth a read – the abstracts alone are informative. The series of excellent papers can be viewed here.

Some other Vulture resources that may be of interest include:

Learn more about Saving Asia’s Vultures from Extinction (SAVE)

Learn more about the California Condor

Image credit: Vultures of the World image downloaded from the IVAD website